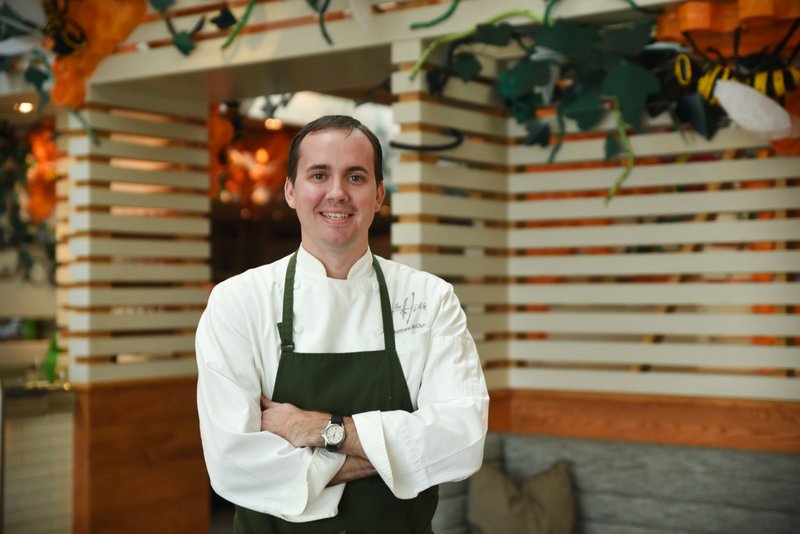 BENTONVILLE -- The Hive's Executive Chef Matthew McClure is a semifinalist for the 2018 James Beard Foundation restaurant and chef awards, according to a press release from the 21c Museum Hotel restaurant.

McClure has been named a James Beard semifinalist for Best Chef: South each year since 2014, according to The Hive. McClure said being nominated a fifth time feels just as great as it did the first time.

"I feel like the work we're doing here with food in NWA is a slow process to build the recognition we want to. A nomination like this gives credibility to what we're doing," he said.

The James Beard Foundation, named for the late cookbook author and teacher, looks to "celebrate, nurture and honor chefs and other leaders making America's food culture more delicious, diverse and sustainable for everyone," according to its website.

The Foundation received more than 20,000 entries in mid-October for the restaurant and chef awards, according to a Foundation press release. The process starts with a committee that reviews eligibility and regional representation. Applicants are then reviewed by a volunteer panel of more than 600 national judges. Finally, nominees from each category are selected and the judges choose the winners.

Awards will be handed out during the James Beard Foundation Awards Gala May 7 in Chicago.

McClure is a Little Rock native and studied at the New England Culinary Institute in Vermont. He worked in Boston and Little Rock restaurants before joining The Hive in 2012. At The Hive, McClure focuses on cooking methods and ingredients native to the region.

The efforts of his team are what McClure credits to gaining the recognition necessary for this nomination. Supporting local food, addressing childhood hunger and giving back to the community are parts of that, McClure said.

"I want the food at The Hive to reflect, in a positive way, what's going on in Arkansas," he said.

The Hive is at 200 NE A Street in Bentonville.