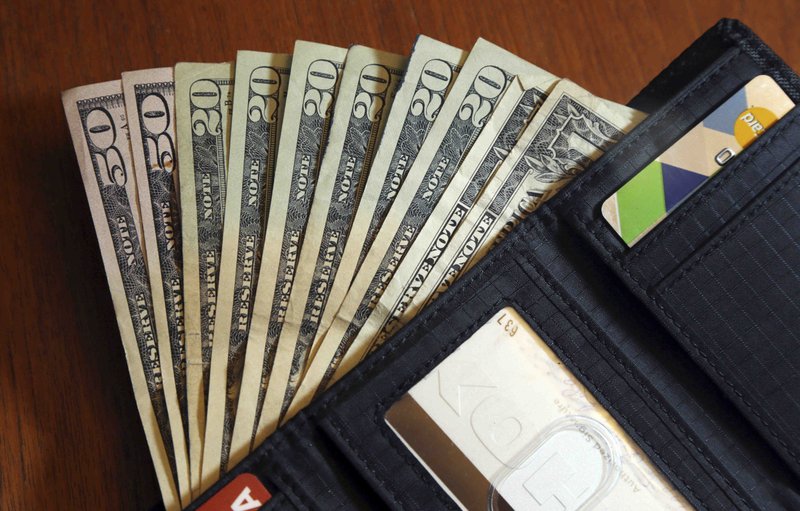 It's no surprise that money is a big part of our culture. As a result, we have a crazy number of ways to say "money" without saying the word.

Slang words for money are all over the place. I guess "bread" is a well-used word for money, but in my head, it must be in the sentence, "I need some bread, man." "Dough" would fit there, too.

Sometimes if you use different sources of money to pay off something, the money is called moneys.

Other words meaning money are cabbage, green, kale, lucre and shekels. I have to wonder what's wrong with the plain old word "money."

More numerous are phrases about money, related to money or sometimes only loosely associated with money.

You can bet your bottom dollar.

This is a situation so predictable that you can bet your last dollar on it. The bottom dollar would be your last. But, technically, if you have only one, it's also your top dollar.

Born with a silver spoon in his mouth.

This means a person was born into wealth. For his poor mother's sake, let's hope he wasn't really gumming that utensil during the birth.

He's crying all the way to the bank.

You will have no sympathy for this guy. He has done something a little unsavory, but he's making a ton of money on it.

He's laughing all the way to the bank.

This guy is a cousin of the crying man. People doubted him or criticized what he did, but he's still earning a ton.

In for a penny, in for a pound.

This means if you're going to try something, you might as well risk it all and put all of your effort into it. It comes from the British. A pound is, of course, the name for British bank notes. A pence is the coin, but it's also called a penny. So, if you're going to spend a penny, might as well spend the whole pound. We use the phrase in the United States, too, even though we've used dollars for quite some time.

The term means something is a sure thing. Probably when the idiom was first used, a doughnut

cost a lot less than a dollar. The phrase likely just came from the alliteration, or repeating of the sound "d."

And, similarly, though the British don't use dollars, they use the idiom.

A person so unwilling to spend money that you can imagine his needing to pry the penny from his fingers.

This means to bribe a person with money, and it sounds messier than it is. It came from the notion of greasing wheels to make things roll along more easily.

This simply means cash. I'm not sure what would leave it cold and hard, other than storing it in the freezer.

This is what you set aside for small expenses. I'm trying hard to remember whether I ever have bought pins. I think my mother just gave me a big box of them before I moved out of her house, and I'm still using them.

This means money that you set aside for something fun. But it originated in the 1920s as money a woman stealthily took with her on a date in case she and her date argued. Presumably, the money would pay her cab fare. Oh, my goodness.

You can't simply harvest money in an orchard on a summer evening. I think we all learn this is true too soon.

This is the enjoyable state of having a boatload of cash. Do rich people truly roll around in it? I don't think I want to know.

I hadn't heard this phrase before. It means that you were confused about something for a while, but suddenly everything is clear. It came from the slot into which you drop a penny. I haven't used a penny in a machine for quite a while, but I have waited in front of a soda dispenser that takes a while to think about whether my coins are good enough for me to get my drink.

Throw your money around.

This is the action of spending your cash on things you don't need. Pin money, mad money and all.