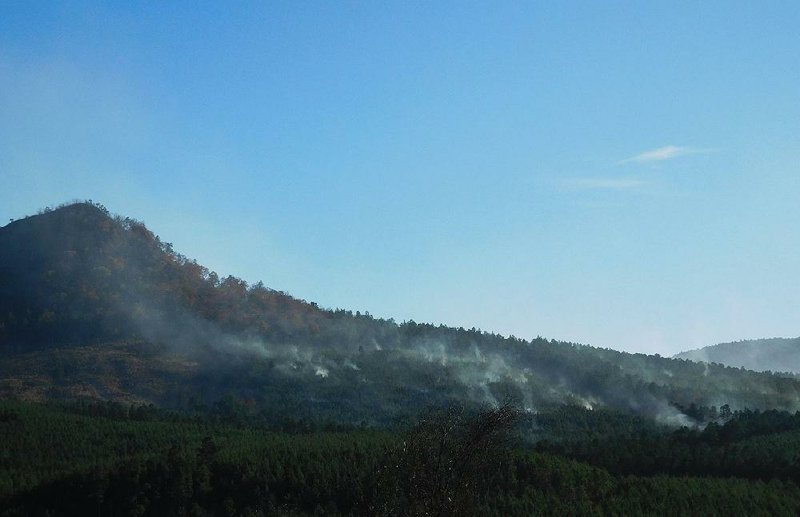 The bill, bottled up in the Senate Committee on Agriculture, Nutrition, and Forestry, was discharged Saturday and forwarded to the floor of the U.S. Senate.

Senators approved it by voice vote.

Shortly after the vote, Boozman called the legislation's sponsor, U.S. Rep. French Hill, to tell him the last Capitol Hill hurdle had been cleared.

The Republican from Little Rock was delighted by the news.

"I think it's a great first step for our continued review of Flatside for enhancements," Hill said. "I'm excited about the opportunity for that land to be permanently considered wilderness and I'm delighted that it's going to be named into perpetuity for a great conservationist and legislator."

If signed into law by Trump, the Flatside Wilderness Enhancement Act will add 640 acres to the existing 9,541-acre site, a popular outdoor recreation spot less than 50 miles northwest of Little Rock.

The extra acreage would be known as the Bethune Woods-Flatside Wilderness, in honor of former U.S. Rep. Ed Bethune.

The U.S. Forest Service favors the expansion, saying it "would establish more logical and manageable boundaries for these areas."

While representing the 2nd Congressional District in Congress, Bethune championed the creation of the original Flatside Wilderness and fought to preserve a total of 91,100 acres of wilderness across the state.

The Flatside Wilderness, which is located in Perry and Saline counties, is now a popular destination for thousands of Arkansas outdoors enthusiasts.

In an interview earlier this year, Bethune called Flatside his "signature achievement."

"It is satisfying, after all these years, to see Congress reaffirm its support for Arkansas wilderness. As for the name change: I'm humbled," he wrote in an email.

Hill, who has hiked and camped at Flatside, introduced the legislation in April.

Prospects for passage, just days ago, seemed dim. With the Senate scheduled to adjourn on Dec. 14, the bill appeared to have run out of time.

The budgetary impasse extended the calendar, however, giving Boozman a few more days to maneuver.

In between votes last week, the Republican from Rogers asked his colleagues to help him.

"Probably having the extra days was helpful, but I credit John Boozman for his careful stewardship of it through the Senate. He is an excellent legislator," Hill said.

Before flying home for Christmas, Boozman emphasized the significance of Saturday's vote.

"This is welcome news for Arkansas outdoor enthusiasts," he said. "Protecting this land will support the beauty of the Natural State for future generations."

Naming the parcel for Bethune is a fitting tribute because "nobody has been a more fierce advocate for our state's natural resources," Boozman said.

The senator thanked his colleagues "for recognizing the importance of safeguarding this landscape."