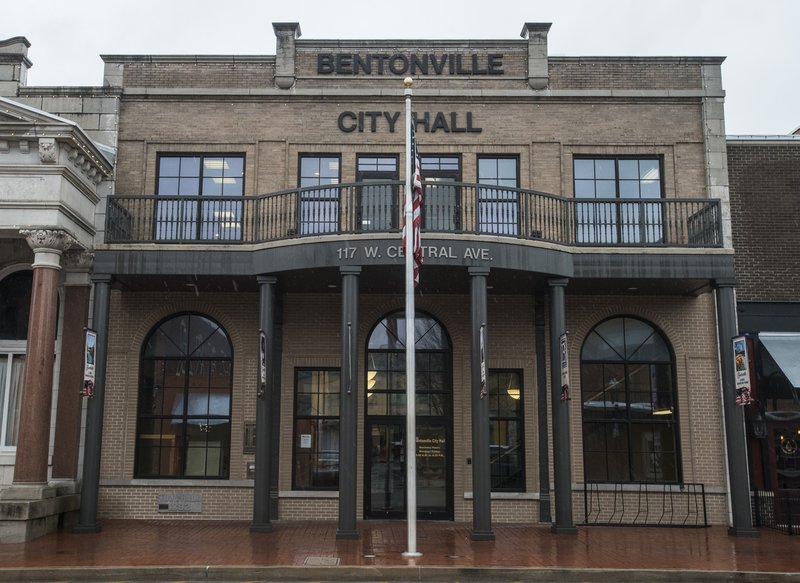 BENTONVILLE -- Austin Baggett Park may have a condominium project as a neighbor to the south, according to plans the Planning Commission approved Tuesday.

Art Park Condos will be a series of three four-story buildings on the north side of Southeast Seventh Street between Southeast D and Southeast E streets.

It could have been one large building, but the design intentionally split the units into a few, smaller buildings, said Brad Kingsley with Hufft architects, the firm designing the project.

"We really think about the park and our site as one site so we could integrate the park and landscaping in those courtyards between the buildings," he said.

Art Park LLC, a Bentonville-registered company, is the owner.

There will be 42 units in the three buildings. Each floor will have four units except for the top floor, which will have two larger units with outdoor balconies, Kingsley said.

The commission unanimously approved a waiver request to the city's material requirements so the cedar could be used. The vote came after discussion about the wood's durability.

"Twenty years from now that doesn't look like it does on the day after it's built," said Richard Binns, commissioner. "But that's up to you guys to maintain it."

The units will be sold, not rented, and be governed by a Property Owners Association, Kingsley said. A maintenance agreement will be included in the association's contract.

"I think when you have an investment like that, you're going to take care of it," said Scott Eccleston, commissioner. "Second of all, the warmness that [the cedar] is creating is going to break down some of the monotonousness of that masonry product. And that proximity to that park, it needs it."

"I won't say that cedar is rot-resistant, but it's as close as you can get," he said.

Eccleston also said he liked the transition between the park and development.

"You didn't wall off this from the park," he said. "It feels like an extension."

The development will have 63 parking spaces, 46 on-site, and 17 on the street, according to the planner's staff report.

The Art Park Condos are the latest announced plans near the growing Market District. The Momentary, Crystal Bridges Museum of American Art's contemporary venue, is scheduled to open in early 2020 just east of the condos.

Lamplighter Restoration is working on a jazz-themed, three-building multiuse development on the north and west sides of Austin Baggett Park.