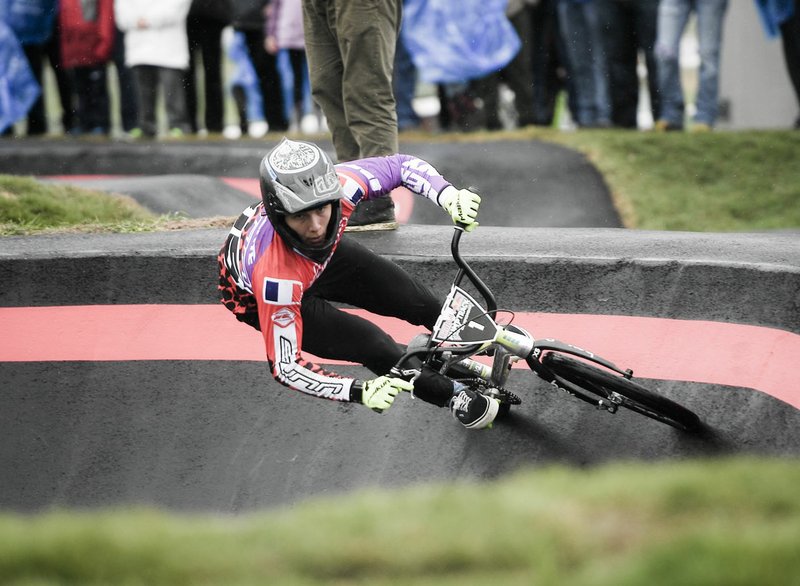 A certain two-wheeled apparatus is literally taking over Northwest Arkansas. The mountain biking community of the region has grown impressively over the past three to five years, but in 2018, the sport and its economic and social impacts on the area simply exploded.

More than 300 miles of soft-surface, single-track trails crisscross Northwest Arkansas, and double that is being planned. The region has become a trendy destination for bikers, and Andy Williamson, program director for the International Mountain Biking Association, says he is amazed at the development of the trail system -- noting that just a few years ago the region was barely a blip on the national radar.

It’s a lot more difficult to rank stories as far as their impact on the region than it used to be. With such a smorgasbord of arts and entertainment, one man’s No. 1 might be another woman’s No. 10. So for the top 10 stories of 2018, we took the easy way out. We’ve numbered the stories from 10 to 1 — but they’re just place holders, not rankings. We rolled out the first five last week — listed here — and we hope with the final five you agree that all of these things will continue to change Northwest Arkansas in 2019 — in only the best ways, of course.

Leading mountain bikers came to the association's world summit in 2016 in Bentonville. The summit was the ramp that launched the region into national awareness by the mountain biking realm.

How did Northwest Arkansas make that ascent so rapidly?

Members of the Walton Family Foundation planted the seeds, which led to cities jumping on board. Large tracts of land with the perfect terrain of hills and drops -- like Bella Vista's new Back 40 trail and Bentonville's Coler Mountain Bike Preserve -- made ideal places to create trails.

The foundation released a report in March revealing more than 90,000 mountain bike tourists visited Northwest Arkansas in the past year, pouring more than $27 million into local businesses. When combined with the more than $21 million locals spent on bicycling goods and events, that makes cycling a pretty important economic factor for the area.

"We have these tremendous natural resources in the region, and we want to be able to preserve those natural assets and also ensure that the public has access to them," explains Karen Minkel, the foundation's home region program director, linking the trails to the group's push for green space preservation.

While other noted mountain biking destinations offer great soft-surface trails, bikers often have to drive 20-30 miles to reach the trails. That is not the case in Northwest Arkansas, says David Wright, director of Bentonville Parks and Recreation.

"You have about a hundred miles of trail available to you from the Bentonville square," he says. "That connectivity is unlike anything else you have anywhere. Here, you have people jumping on their bike in their driveway -- their driveway is their trailhead, so to speak -- and they are able to hop on our single-track trails and go get a 50-mile ride in without ever having to get in a car."

THE HOST WITH THE MOST

World champion riders, Olympians, bike enthusiasts, vendors and thrill-seekers descended on Northwest Arkansas this year unlike ever before. The developments to the trail systems combined with the natural amenities of the region -- not to mention the addition of the largest pump track in the country -- positioned our corner of the state as the ideal host of nationally and internationally significant events.

In October, the 2018 Epic Rides series came to Bentonville for the fourth race of its race series, the Oz Trails Off-Road. The weekend saw some of the sport's best riders as they competed for $60,000, the largest cash purse in the world.

"We started talking about this event in Bentonville three years ago," says Todd Sadow, founder and president of Epic Rides. "They are just doing so many things right in Bentonville for bicycling. There are some other places that are doing some nice things, but Northwest Arkansas is on a different level completely. It's unheard of."

Later that month, the Red Bull Pump Track World Championships -- the first ever world championship event in pump track racing -- were held at The Jones Center's new Runway Bike Park, opened this year. A pump track combines rolling jumps with high-banked turns on an asphalt surface. The track is ideal for both mountain bikers and BMX riders.

"Pump tracks were built for practicing skills, but it just sort of became natural for people to race on them. Pump track racing combines BMX and mountain biking disciplines," says Joost Wichman of the Netherlands, a former BMX national champion and one of the event organizers.

The park also includes two additional bike tracks, one for strider bikes and the other for skill line practice.

Near the end of that same month, Bentonville hosted another major name. Outerbike is described as an industry event -- but for the consumer -- and brings the testing, product browsing and community building directly to consumers in established biking areas in Idaho, Colorado, Utah and now Bentonville.

The variety of trail types in Northwest Arkansas made the destination a no-brainer for the expansion of an event that lets riders test the products on actual trails.

"Typically when you're out to buy a bike, you buy the bike that you think is going to help you best ride the things you think you're going to ride," explains Graham Cobb, Greater Bentonville Area Chamber of Commerce president and CEO, of the event's benefit.

"Cycling is sort of a gateway drug to the out-of-doors, because if you build the cycling infrastructure, you're helping everybody get outside, not just the mountain bikers," shares Ashley Korenblat of Western Spirit Cycling, the organizing body behind Outerbike. "The reason communities have asked us to bring Outerbike to them is it helps put your community on the map as a biking destination, and [this community] has already done that in so many ways."

-- Jocelyn Murphy contributed to this story. 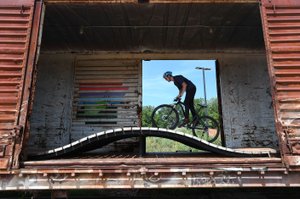 On the cover: NWA Democrat-Gazette/J.T. WAMPLER The Railyard Bike Park in Rogers is just one reason riders from all over the world travel to Northwest Arkansas to experience mountain bike trails and community. 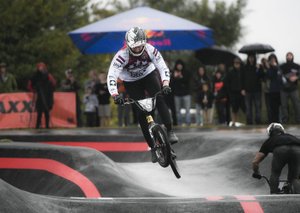 NWA Democrat-Gazette/CHARLIE KAIJO Northwest Arkansas has become an epicenter of mountain biking culture, with trails, tracks and major cycling events all converging on the area the last few years -- with more to come.