File Photo Built in 1895 by the Matthew brothers for the Oakley family, in 1900 this house at 322 S. Second St. in Rogers was sold to Francis Cunningham Hawkins, who ran a livery stable on South First Street. Three generations of the Hawkins family lived there until shortly before the house became home to the Rogers Historical Museum in 1982.

According to the Oct. 15, 1947, Rogers Daily News, it was the only building in Benton County with a completely air-conditioned showroom and offices. Jack Cadelli of Fort Smith designed the Art Deco terrazzo floor in the foyer. And the modern phone system featured separate lines so several people could call in and out of the building at the same time.

1961 -- Newt Hailey sold the dealership to a group of investors headed by James D. Yates. The name was changed to Benton County Motors.

1965 -- The name changed again to Randall-Sanders Ford-Mercury, owned by Clyde Randall from Fort Smith and managed by Bob Sanders. A new Ford Mustang sold for $2,461.46.

1969 -- Everett Pate of the Rogers Daily News renovated the Hailey Building for the newspaper, changing the front of the structure to a Colonial design.

1974 -- The Rogers Historical Museum was created as the community's Bicentennial project. Vera Key was chairwoman of the nine-member commission charged with developing the museum.

1975 -- The Rogers Historical Museum opened on Oct. 25 in a 1905 former bank building. A part-time clerk was the only paid staff member.

1982 -- The museum moved from its rented space to the Hawkins House on South Second Street, which had become the property of the city through the generosity of Mr. and Mrs. Harold Hawkins and family, who partially donated the property. The first director, Marianne Woods, was hired that year.

1985 -- The Friends of the Museum began a successful campaign for funds for a new 5,600-square-foot addition, which was named in honor of Vera Key.

1995 -- The museum expanded into the old public library building on the corner of Second and Poplar streets. That same year, the Hawkins House reopened after a restoration project.

1999 -- The museum received accreditation from the American Alliance of Museums. It was reaccredited in 2010.

2015 -- The museum received one of the Walton Family Foundation's first three Northwest Arkansas Design Excellence Program grants. The other recipients were TheatreSquared in Fayetteville and the Helen R. Walton Children's Enrichment Center in Bentonville.

2015 -- The newspaper, after several mergers and name changes, moved out of the Hailey Building, and the property was acquired by the city of Rogers at a cost of $729,900.

2016 -- Architect Roberto de Leon of de Leon & Primmer Workshop in Louisville, Ky., was hired to design the renovation of the Hailey Building as the principal home of the Rogers Historical Museum.

2017 -- The museum met its fundraising goal of $5.5 million for the expansion and renovation.

2018 -- The museum closed the Key Wing and Hawkins House on Jan. 1 to allow galleries to be moved.

Dec. 13, 2018 -- The new Rogers Historical Museum located in the Hailey Building will reopen to the public with ceremonies at 10:30 a.m. 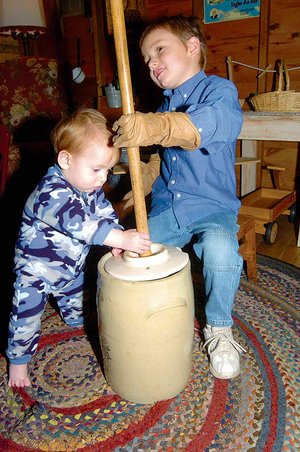 File Photo The Attic, a popular hands-on section of the Rogers Historical Museum, reopens open in the former gallery space at 322 S. Second St. That building, known as the Key Wing will be home to the museum's education department. 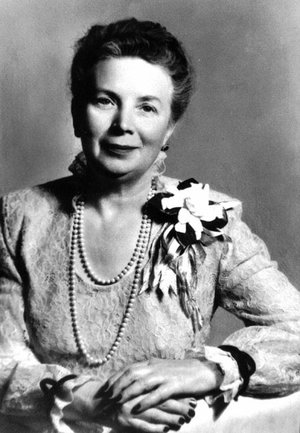 Courtesy Photo The Rogers Historical Museum was created in 1974 as the community's Bicentennial project. Vera Key was chairwoman of the nine-member commission charged with developing the museum. 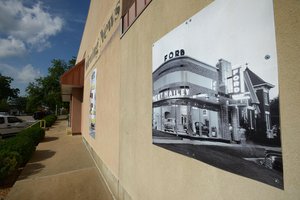 File Photo/BEN GOFF A photo hung on the front of the former Rogers Morning News building showed the structure's original appearance as Hailey Ford. The newspaper was housed there from 1969 to 2015, when the building was sold to the city of Rogers as the new home of the Rogers Historical Museum. 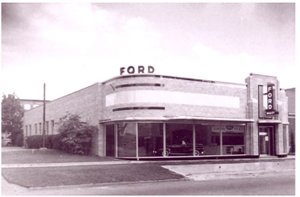 Courtesy Photo The Hailey Ford dealership opened in 1947 at 313 S. Second St. in downtown Rogers. According to the Oct. 15, 1947, Rogers Daily News, it was the only building in Benton County with a completely air-conditioned showroom and offices.

Print Headline: Pieces Of Rogers' Past