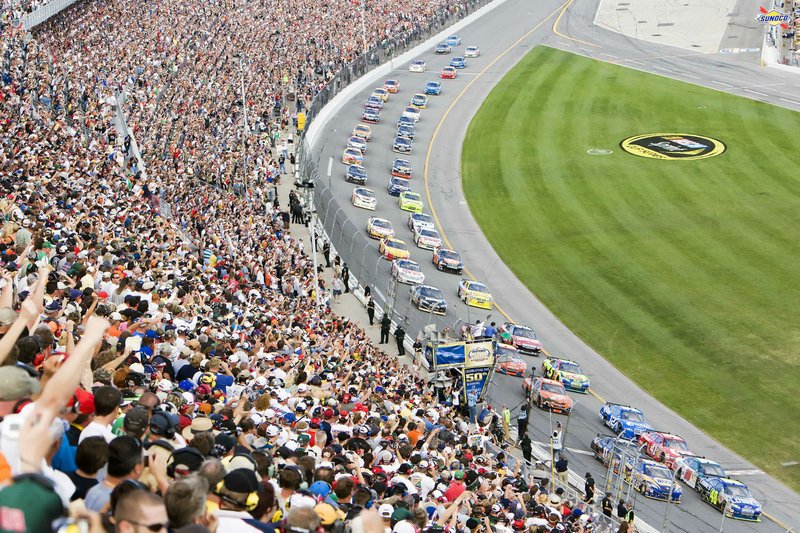 Bloomberg/MATT STROSHANE Daytona Beach, Fla., has the Daytona 500, and Bike Week, which draws a half-million motorcycle enthusiasts every March. Nearby Flagler, which is about 30 minutes away, is a good alternative.

To give Daytona Beach its due, it's a 23-mile stretch of quartz sand, soft and white as confectioners' sugar but packed so hard you can drive on it. Plenty of people do just that — it's one of seven beaches in the United States on which you can take your car.

Daytona's racing history garnered it the nickname "The World's Most Famous Beach," and the city boasts year-round shows and competitions featuring pretty much anything that goes vroom. There's the Daytona 500, of course, and Bike Week, which draws a half-million motorcycle enthusiasts every March.

But it's not all about vehicles. Spring break still brings plenty of enthusiastic college students who can't wait to ditch sweaters for sweat and hit the numerous night clubs. And the city also bills itself as the Festival Capital of the World, with 60 gatherings every year. Foodies will go for the Halifax Oyster Festival, with raw, steamed and specialty oyster dishes, and lovers of fine art can stroll through the Halifax Art Festival, with 252 spaces for artists in Riverfront Park.

All this activity makes Daytona one of the busiest beach cities in the country, with nearly 8 million visitors a year. And some of the more touristy parts of town — such as the famous Daytona Boardwalk area, which also includes a couple of water parks and carnival rides — are showing a little wear and tear. If you're coming mostly for some beach time, it's a good idea to find out what events might be going on during your travel dates.

If you're not into bikers or Breakers, or just want to be far from T-shirt shops and neon, drive north on A1A from Daytona for about 30 minutes. By then, the only thing you'll see out the passenger side will be coppery sands and deep turquoise water. This is Flagler Beach, a place where locals — people who have already gotten away — come to get away.

The sand has that bronze tone because it's mixed with coquina limestone, made up of the shell fragments of tiny coquina clams. It's rougher than white sand, and the beach is more rocky, but there are spots where you'll feel like the place is yours, all yours.

And your little dog's, too.

The only section of Flagler Beach that doesn't allow canines is between South 10th and North 10th streets, which is the area around the Municipal Pier, a famed A-frame structure you can't miss.

Flagler looks like a beach town a kid might draw: small stores, restaurants and Sally's Ice Cream (worth stopping for), no high-rises and no chains except for convenience stores. If you hear music wafting out of the Red Lion Cafe, let it lure you in for exquisite seafood. The Topaz Hotel has a friendly staff and a collection of tin toys and other collectibles. A shared homemade Key lime tart at High Tides at Snack Jack is a bonding experience.

There is an annual "Corvettes at the Beach" show, so you'll find some car enthusiasts and bikers here, too — transportation, whether to the mall or the moon, is part of this coast's history. At Flagler Beach, though, a chill seaside break comes in first.