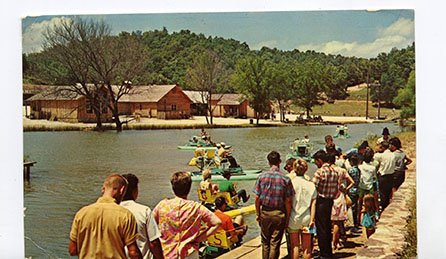 Courtesy Image This 1969 postcard from Dogpatch USA shows the park at its prime, when thousands of families would make the pilgrimage to the theme park. On Dec. 15, current owner Bud Pelsor will open the gates again and allow visitors to tour the abandoned grounds.

For nearly 30 years, Dogpatch USA -- the theme park located between Harrison and Jasper on Arkansas 7 -- was a summer staple for children growing up in the general vicinity. It opened in 1968 and was in operation until 1993, with characters and rides based on Al Capps' Lil' Abner cartoons. Twenty years after Earthquake McGoon's Brain Rattler made its last zippy trip around the track, there is an abundance of curiosity and nostalgia for the site, which has passed through the hands of several owners over the years. Acknowledging that interest, current owner Bud Pelsor -- the founder of a spill-proof dog bowl sold through Great American Spillproof Products, located in Harrison -- will be opening the park to visitors on Dec. 15 in an event he's calling a "reunion," since the last time he did this was a few years ago.

"We had somewhere around 7,000 people tour the park [in 2014] -- it was crazy," says Pelsor, who lives on site. "[The attendees] had non-stop stories about their childhood at the park. It made me cry. I literally cried with some of the people [about] their stories. It was an amazing day and overwhelming for all of us -- it was very emotional."

This year's event, says Pelsor, will include music, food and craft vendors.

"We're going to kick the park open and let them see it again -- turn on the lights, play the music loud," says Pelsor.

After dark, an additional ticket price will allow visitors to go on a ghost hunt through the abandoned park with Darknite Paranormal Society.

Pelsor says the success of the first event -- and the continued interest -- inspires him to continue to find ways for Dogpatch USA to stay accessible to its fans.

"All of [the enthusiasm] throughout the four years has given me enough incentive to stay at it," he says. "Otherwise, I would quit. I'm 68, I've had three strokes, I don't know how many heart attacks and an aneurysm. I would quit, but the people won't let me. I feel like I can and will do something, and I have to, because they believe I can and will." 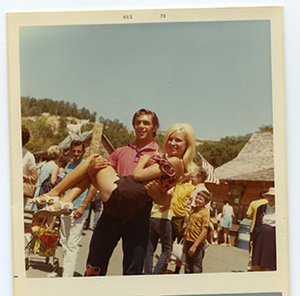