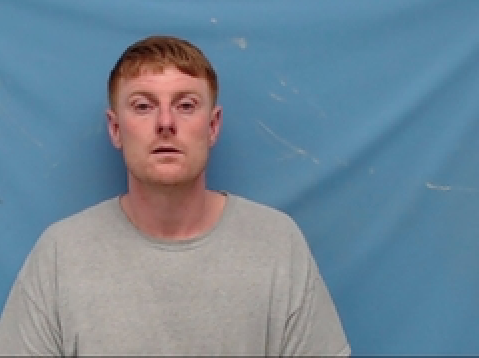 A man who was twice tried but never convicted in the 2005 beating death of beauty queen Nona Dirksmeyer was arrested Tuesday in an attempted kidnapping case.

The Russellville Police Department said in a statement that officers arrested Gary Dunn, 39, in Dardanelle on Tuesday after he was developed as a suspect in the case.

"I would love to tell you I am surprised he was arrested again, but honestly I am not," said special prosecutor Jack McQuary, who prosecuted Dunn in the Dirksmeyer case. "He is a dangerous person."

Officers said they were dispatched at 7:40 p.m. Tuesday to the parking lot of the First Baptist Church in the 200 block of South Denver Avenue to investigate a possible kidnapping attempt. When police arrived, the assailant had already left. The victim and a witness provided a description of the attacker and his vehicle, which was broadcast to surrounding agencies.

The victim, a 40-year-old woman, told police that a man approached her in the parking lot and tried to force her into her vehicle. She said she was able to break free, and the man left the area in a vehicle.

Police said officers were already investigating a similar incident that occurred a short time earlier on the campus of Arkansas Tech University. In that case, a woman reported being approached by a man who asked her to step out of her vehicle. She called 911, and the man left.

The suspect and the vehicle description were similar in both cases, police said.

Shortly after 9:30 p.m. Tuesday, authorities in Dardanelle stopped a vehicle that matched the descriptions. The driver was identified as Dunn. He was booked into the Pope County jail around midnight Tuesday.

Capt. David Ewing with the Russellville Police Department said Dunn was being held Wednesday in lieu of $100,000 bond on a single charge of kidnapping.

"The case will be given to the prosecutor's office, and other charges could be brought forward then," Ewing said.

Officers with the Dardanelle Police Department stopped Dunn, but it was Russellville police who arrested him.

"He was taken into custody without incident," Ewing said.

Ewing said Dunn made a statement, but Ewing couldn't elaborate because the case is under investigation.

Sam Strasner, the director of university relations at Arkansas Tech University, said the school's Department of Public Safety will closely monitor the campus 24 hours per day through patrols, security cameras and other means to ensure the safety of Arkansas Tech students, faculty and staff members, and guests.

Officials with the Russellville Police Department confirmed that Dunn is the person who was tried twice in the 2005 death of Dirksmeyer. Both trials ended with the jury unable to reach a verdict.

"We were aware of his previous history with the murder trials when we came to pick him up," Ewing said.

The prosecutor said he isn't surprised that Dunn was again arrested in the area.

"He was advised after the trial to leave the area," McQuary said. "He went to Florida and caused problems there before coming back when his mother was ill. He stayed because he has people there who stand up for him."

McQuary said the Dirksmeyer case sticks with him.

"I stay in touch with her mother," McQuary said. "I keep pictures of Dirksmeyer where I can see her daily. I have been a prosecutor for 30 years, and there will always be a few cases that will stick with you and this is one of them."

Dirksmeyer, a former beauty queen, was found beaten to death in her Russellville apartment in 2005.

Her boyfriend, Kevin Jones, was first accused of the crime, but a jury acquitted him of the charges in 2007.

Prosecutors later charged Dunn after saying they found DNA evidence to link him to the crime.

Prosecuting Attorney David Gibbons, who handled the case against Jones, contacted the special prosecutors office for assistance in the Dunn trial.

"He knew if he went after Dunn after what happened with Jones, it would appear like he was just going down the list looking for a conviction," McQuary said.

Defense attorneys during Dunn's trials questioned the DNA evidence and argued throughout the proceedings that Jones was more likely the killer, despite Jones' earlier acquittal.

Prosecutors argued that Dunn raped or tried to rape Dirksmeyer, his neighbor, before beating her to death.

"I can't go up there and say I know he is dangerous and needs to be locked up because, truth be told, you don't know for sure," McQuary said.

"They told me, 'Jack we feel like he did it, but too many mistakes were made by law enforcement in this case,'" McQuary said. "'You guys would have to go beyond beyond the reasonable doubt.'"

Prosecutors initially said they intended to try Dunn a third time, but they later asked a judge to have the charges against him dismissed. Officials said then that the charges could still be refiled at a later date.

"All I can tell you is the state police, the Crime Lab, DNA specialists from across the country poured their hearts out for this case," McQuary said.