PINE BLUFF -- With all the fanfare of a home football game, the University of Arkansas at Pine Bluff proudly showed off its newly renovated stadium Wednesday morning.

The improvements, Coach Cedric Thomas said, places UAPB "a step above" in the quality of facilities that are seen in the Southwestern Athletic Conference.

"This place has always had a big-time college atmosphere," said Thomas, a former Golden Lions player who is in his first year as the program's head coach. "But now when you throw in the new turf, it's a plus for recruiting. Coaches can't come in and have a negative recruiting standpoint and say that field looks like X, Y, Z, or that the scoreboard goes out by the second quarter. Now we can bring kids in and show them how we stand out."

UAPB will put the stadium on full display this weekend. The Golden Lions will host their season opener against Morehouse College on Saturday.

"We really needed these renovations," Bennett said. "After 18 years, things begin to deteriorate a little bit. We had fallen behind with our turf. High schools here in Jefferson County had better fields than what we had at the university. This puts us on par with our competitors in the SWAC. This is a shot in the arm for UAPB football."

"This gives us a sense of pride," Thomas said. "Just to see the fans come in and have the space they need, and to have a place that we can call home."

Prior to 2000, the Golden Lions played at Pumphrey Stadium. Thomas was a starting cornerback for UAPB when the move to the new facility was made.

"The support was great then," Thomas said. "We came from Pumphrey, and it was more like a high school field. [Pumphrey] was intimate and really great, but when we came here it was more of a big-time atmosphere. I can still feel the chills I had on that day just talking about it."

Thomas said one of the most important aspects of having a quality turf field is that his team did not miss any practice time because of inclement weather.

"From a functional standpoint, it's great," Thomas said. "There were a couple of days where it rained that if it would have been last year we would have had to go inside to the gym. But we were able to get that functional work outside and our kids really need that. We didn't lose a practice."

The UAPB athletic department also will break ground on a press box and concession stand pavilion at the Torii Hunter Baseball and Softball Complex on Friday. Hunter, a native of Pine Bluff and former Major League All-Star, and Gov. Asa Hutchinson will give remarks. 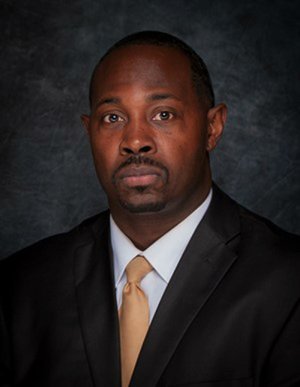