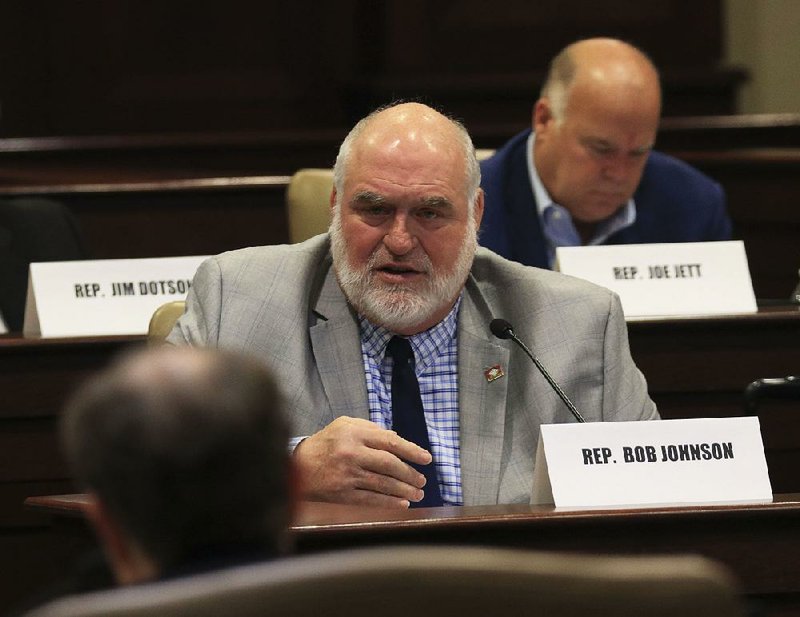 Besides proposals to cut the state's top individual income tax rates, the recommendations of the Arkansas Tax Reform and Relief Legislative Task Force include:

SALES AND USE TAXES

• Require out-of-state online sellers that don't have a physical presence in Arkansas and have more than $100,000 in sales or at least 200 separate transactions a year in Arkansas to collect and remit sales and use taxes. Also repeal a provision in state law that would reduce the 4.5 percent individual income tax rate based on sales and use tax collections by these sellers. The state Department of Finance and Administration projects that requiring these out-of-state sellers to collect sales and use taxes would raise about $35.3 million a year.

• Expand to all carwashes the sales tax exemption for services provided. (Exemption now is only for coin-operated carwashes where the labor is performed by the customer or mechanical equipment.) Expanding this exemption is projected by the finance department to reduce tax revenue by $1.8 million a year. Another proposal would create a fee paid by all carwash operators based on the amount of water used. The department was unable to estimate revenue from the proposed fee because it doesn't have information on the amount of water used or business operations.

• Repeal the exemption on sales of four-wheelers and all-terrain vehicles used as farm equipment and machinery. Replace it with a tax rebate. The aim is to limit the potential for abuse of this exemption.

• Repeal all exemptions for named nonprofit entities, including the Boys and Girls Clubs of America, 4-H clubs and FFA clubs, and creating a generalized exemption. The aim is to eliminate any potential constitutional issues relating to special legislation for specific entities.

• Repeal the exemption on the sale of any publication, other than newspapers, through regular subscription. The proposal is contingent on passage of a law requiring out-of-state sellers without a physical presence in Arkansas to collect and remit sales taxes. The finance department projects this repeal may raise about $1.5 million a year.

• Limit to 4 percent the total sales tax rate levied by a city for general purposes; capital improvements; the temporary acquisition, construction or improvements of parks; food and lodging; and economic development. Would not affect cities that now have total tax rates exceeding 4 percent.

• Review all sales and use tax exemptions at regular intervals.

• Incrementally increase the carry-forward period on net operating losses to 20 years. Under current law, these losses may be carried forward up to five years for all businesses, except for steel manufacturers, which would get 10 years. The finance department projects this would reduce revenue by $16.8 million in fiscal 2026 and gradually increase to $159 million by fiscal 2044.

• Repeal the "throwback rule" for multi-state business income. The rule is part of the calculation used by Arkansas for the apportionment of income by multi-state businesses for income tax purposes. The finance department projects repeal would reduce revenue by $24.5 million a year.

• Use a single sales factor in the apportionment formula for taxing multi-state business income. The finance department projects the change would raise $8.8 million a year.

• Repeal the exemption for capital gains of more than $10 million and use the increased revenue to reduce individual income taxes. The finance department projects the repeal may raise $4.6 million a year.

• Repeal the political contribution income tax credit. The finance department projects this may raise $759,000 a year.

• Create an optional income tax for businesses that operate as pass-through entities. The aim is to increase fairness between owners of C corporations and owners of pass-through entities as it relates to each owner's ability to fully deduct state and local taxes from the owner's federal income tax liability. The proposal wouldn't change revenue, but implementing it would cost about $500,000 a year, according to the finance department.

• Create a nonrefundable income tax credit equal to the amount of property taxes paid on business inventory with a 10-year carry-forward period. According to the Assessment Coordination Department, Arkansas collected $70.2 million in property taxes on business inventory in 2016. The finance department projects creating this credit may reduce revenue by $70.2 million a year.

• Require the Assessment Coordination Department to create guidelines for counties assessing exempt property, and give the department the authority to oversee and enforce property tax laws.

• Change the filing date for the franchise tax, transferring the administration and collection authority from the secretary of state to the finance department. Eliminate the franchise tax penalty on closed businesses.

• Index motor fuel and diesel fuel tax rates based on the inflation rate of construction costs. The maximum rate would be 3 percent over last year's rate. No fiscal impact was available.