Preservation measure in motion for historic Washington-Willow neighborhood in Fayetteville 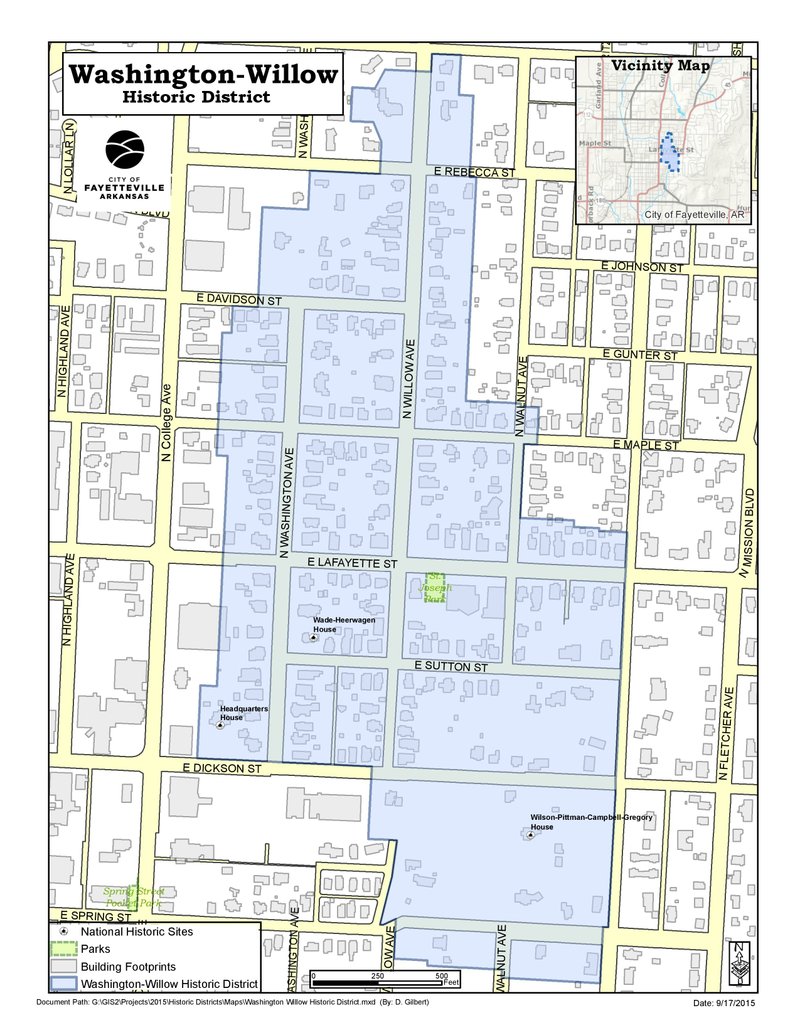 Courtesy/CITY OF FAYETTEVILLE A map shows the historic Washington-Willow neighborhood.

FAYETTEVILLE -- The ball is in motion to establish a preservation ordinance for one of the city's historic neighborhoods.

• Putting $20,000 toward a low-impact development project for the parking lot near West Avenue and Watson Street.

• Allowing Food Loops to haul compostable and recyclable material from festivals and events in the city.

The idea is to hire a consultant for no more than $20,000 who will help draft a preservation ordinance. Washington-Willow is on the National Register of Historic Places, however, the designation lacks any regulatory teeth. A local preservation ordinance would forbid the demolition of structures within the district without review.

Homes within the district boundary would be subject to standards preventing major alterations. That would be accomplished through certain design guidelines, an added set of architectural standards called an overlay district, or both.

None of the ordinance has been developed yet. That's where a consultant would come in, said Garner Stoll, development services director.

Homes in the district range from Gothic and French revival to neoclassic and Tudor structures. State law mandates a preservation ordinance can't prevent ordinary maintenance or repair, cause safety issues or impose on the right of way, Stoll said.

In May, a survey went out to 266 property owners in the district asking if the city should adopt design standards for historic preservation of homes in the neighborhood. About 70 percent of the 94 respondents supported the additional standards, including for their own properties.

The Washington-Willow district stretches about seven blocks east of College Avenue. It spans near Prospect Street south to around Spring Street and from near College Avenue east to Olive Avenue.

The Historic District Commission since last year has talked about creating an ordinance with regulatory power. The discussion sparked after the 150-year-old Stone-Hilton house at Lafayette Street and Willow Avenue was torn down last summer.

In other business, the council awarded a $205,300 contract to Benchmark Construction to replace the stairs leading up to the Town Center. Leaking, chlorinated water from the nearby Peace Fountain caused the stairs to settle about three inches since late last year, according to city documents.