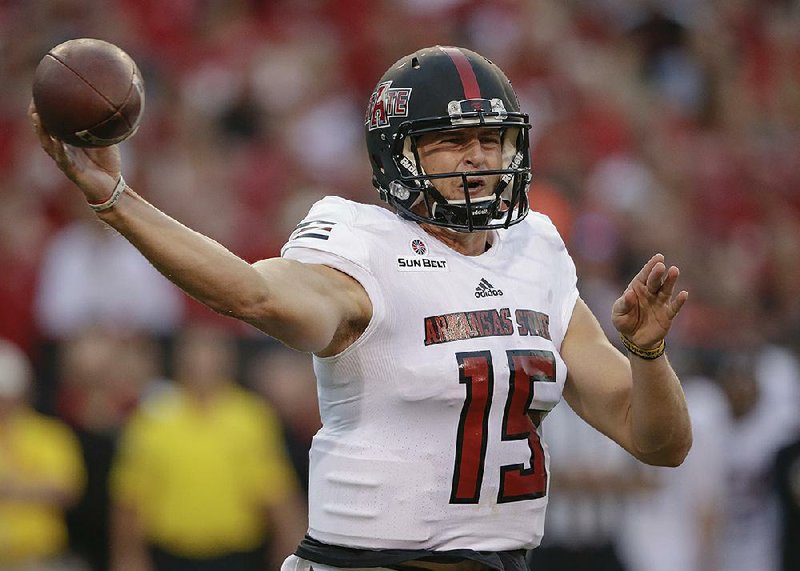 Arkansas State quarterback Justice Hansen (15) completed 46 of 68 passes for 415 yards and 3 touchdowns in a 43-36 loss to Nebraska on Saturday night in Lincoln, Neb.

It's the second time the senior has appeared on the watch list for the award, which is given annually to the country's top college quarterback.

Candidates must be seniors or fourth-year juniors who are on track to graduate with their class. Hansen graduated from Arkansas State with a bachelor’s in general studies and is working toward a master’s degree in sports administration.

Hansen joins Fredi Knighten, Ryan Aplin and Corey Leonard as the fourth Arkansas State quarterback to appear on the list, but he is the only one to be recognized twice, according to a news release from the university. He was nominated as a junior in 2017.

The Oklahoman started every game at quarterback last year and set school and conference records for passing touchdowns with 37 and total offense with 4,389 yards, the release states.

Arkansas State will open its season at 6 p.m. Sept. 1 at home against Southeast Missouri State.