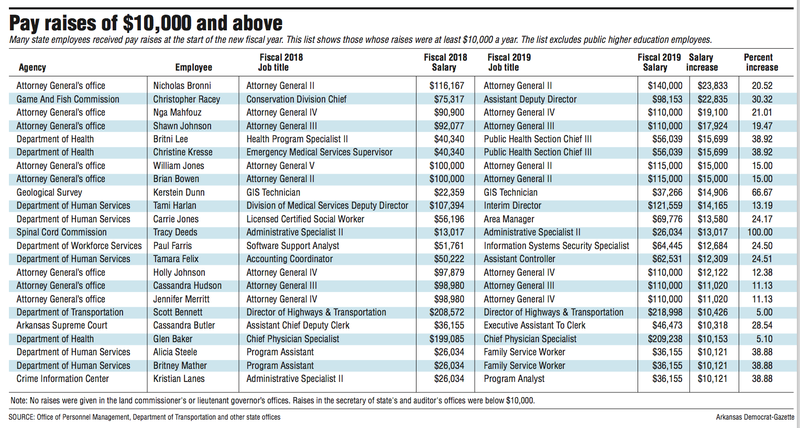 State employees are getting pay increases in the new fiscal year for reasons ranging from performance to promotions.

With a promotion from deputy solicitor general to solicitor general in the attorney general's office, Nicholas Bronni received the largest pay raise among these employees -- $23,833, boosting his annual salary to $140,000 this fiscal year, according to records obtained by the Arkansas Democrat-Gazette through the Arkansas Freedom of Information Act.

Christopher Racey's promotion from chief of fisheries at the Arkansas Game and Fish Commission to assistant deputy director bumped up his salary by $22,835 this fiscal year to $98,153, said commission spokesman Keith Stephens.

Racey and Bronni are the only two employees in state government who got raises of more than $20,000 in fiscal 2019, which started July 1. Twenty-one other employees received raises larger than $10,000.

Four department directors who are among the highest-paid state employees who don't work in higher education won't get pay raises this fiscal year.

Preston's state-paid portion of his salary is $149,862. Preston also is paid a private salary supplement of $30,138 a year by a private foundation that supports the commission, said Gov. Asa Hutchinson's spokesman J.R. Davis. Preston has been paid a bonus of more than $50,000 by the foundation for each of the past three years.

These four department heads received good performance evaluations, but "we don't need to increase the salary at this time," Davis said Friday.

Scott Bennett, director of the Department of Transportation, received a $10,426 raise to $218,998 this fiscal year, according to department records. The 5 percent pay raise is based on the Highway Commission deciding during its June 6 meeting that Bennett's performance was satisfactory, said Department of Transportation spokesman Danny Straessle. Bennett works for the state Highway Commission rather than the governor.

At the University of Arkansas for Medical Sciences, Thomas Morris, who previously was a neurosurgery resident physician making $60,919 a year, received the largest pay raise of $489,081 to $550,000 a year with his recent hiring as a neurosurgeon and assistant professor in the Department of Neurosurgery, said UAMS spokeswoman Leslie Taylor.

At the University of Arkansas, Fayetteville, the largest pay raise for this fiscal year is the $46,899 salary increase to $185,000 granted to Jason Norsworthy, a professor of crop, soil and environmental science, said UA spokesman Steve Voorhies. Norsworthy's raise is in recognition of his value and the competitive nature of higher education, Voorhies said.

At Arkansas State University in Jonesboro, the largest pay increase for this fiscal year is the $11,770 increase to $129,775 for economics and finance department chairman Patricia Robertson, said ASU System spokesman Jeff Hankins. He said the raise includes an equity and merit increase.

The employees who are eligible for performance-based raises under the Hutchinson administration's new merit pay system work at state agencies other than colleges and universities, the Department of Transportation, Game and Fish Commission, and constitutional offices.

About 24,500 of these employees were eligible for performance-based raises, said Department of Finance and Administration spokesman Scott Hardin. The system is the Arkansas Administrative Statewide Information System.

State employees received their first paychecks with these raises July 20 and received their next checks Friday, Hardin said. The raises are financed through accumulated salary and efficiency savings, if possible, and if an agency requires assistance, state general revenue through a "performance fund," he said.

Each agency was authorized to give performance-based raises totaling up to 2.8 percent of its total annual of base salaries in this fiscal year. The maximum-authorized raise to any person is 10 percent. The projected cost of the merit raises is $27.5 million, Hardin said.

Agencies were given the discretion to determine the range of their merit raises.

Hardin said 661 employees were deemed as role models and 2,087 were rated as highly effective.

The vast majority -- 18,726 employees -- were evaluated by their supervisors to be solid performers.

In the bottom two ratings, 2,683 were evaluated as "needs development" and 52 were judged to be unsatisfactory.

"In most cases, if the employee is rated unsatisfactory, it is likely a performance improvement plan has been or will be implemented, providing the employee three months to demonstrate improvement," Hardin said.

The merit raises are an ongoing salary increase and not a one-time bonus, Hardin said.

John Bridges, executive director of the 15,000-member Arkansas State Employees Association, said getting merit raises added into base salaries "is a huge success for state employees" and "that was our No. 1 goal.

"Now, they have an incentive to work hard and their salary is going to increase because of that," he said in an interview last week.

A few months ago, state Sen. Larry Teague, D-Nashville, questioned whether the beneficiaries of the performance pay system would be some administrators rather than rank-and-file employees.

Teague said last week that he doesn't have any problem with the merit raises, but he is asking more questions about their distribution.

"Maybe it may work," he said in an interview. "It will be interesting to see it how it works out."

Of the largest performance raises granted in terms of dollars:

Many of the largest raises are linked to promotions.

At the Department of Human Services, Tami Harlan received a $14,165 raise, to $121,559. She was promoted from Division of Medical Services deputy director to interim director, said Amy Webb, department spokesman.

At the Department of Workforce Services, Paul Farris received a $12,684 raise to $64,445 a year as he was promoted from software support specialist to information systems security specialist, Hardin said.

Beyond Bronni, others in the attorney general's office received raises exceeding $10,000, according to state records.

When the Legislature in 2017 enacted the new state pay plan, Rutledge won approval to alter the maximum-authorized salaries in her office to be commensurate with those of other state employees, Priest said.

"Retaining the best and brightest attorneys to successfully defend the state against criminals, con artists and overreaching regulations requires the attorney general's office to ensure salaries are comparable to other states agencies," Priest said in a written statement. "Over the years, a number of attorneys have transferred from the attorney general's office to positions with other states agencies and received a significant salary increase." 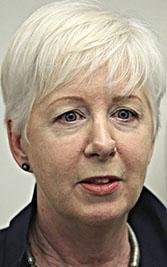 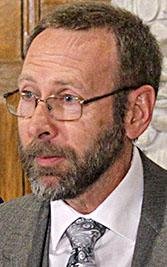 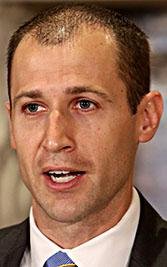 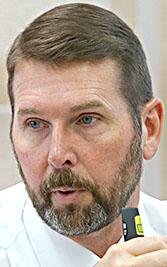 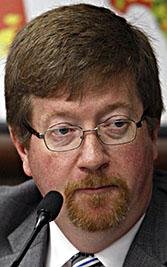