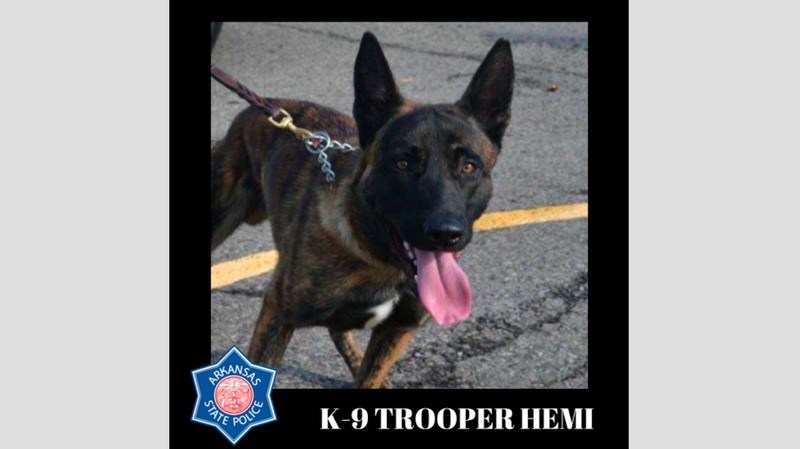 A Missouri man who killed an Arkansas State Police dog died hours after being shot by officers in a gunfight, authorities said Tuesday.

James Edward Blackmon, 35, of St. Louis was stopped by state troopers shortly before 7 p.m. Monday on Interstate 55 in Mississippi County after his vehicle was identified as one that was sought by Missouri authorities, according to a news release from the Arkansas State Police.

A state trooper eventually released a police dog, who caught up with Blackmon, authorities said.

Blackmon shot the dog, Hemi, killing it, according to the state police. He then began shooting at the troopers and deputies, who returned fire, the release said.

Blackmon was caught at 7:11 p.m. and taken to a nearby hospital, where he died Tuesday morning, police said. His body will be taken to the state Crime Laboratory.

Hemi, a 6-year-old Dutch shepherd, had been with the state police since 2013, Chapman said. The agency shared a picture of the dog on Twitter and wrote: "Rest easy hero, we will miss you!"

Two troopers have been placed on paid leave, the state police said. Chapman said it is policy for troopers at the scene of officer-involved shootings to be placed on leave.

The results of an investigation will be given to the Mississippi County prosecuting attorney to determine if the use of deadly force was warranted in this case.

The Mississippi County sheriff's office declined to identify the deputy but said he had been placed on paid leave, per the agency's policy.