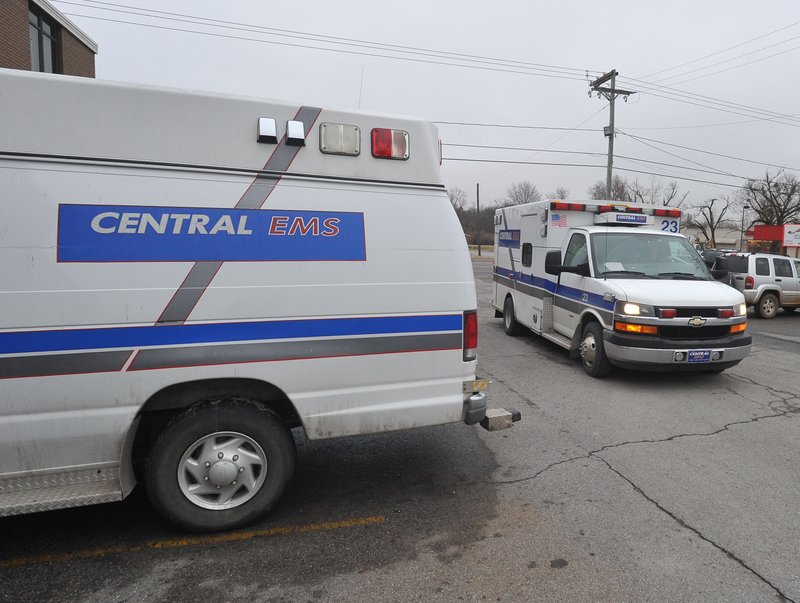 Central EMS has served in Fayetteville and Washington County as the advanced life support ambulance service since 1980. The service covers about 920 square miles that includes Fayetteville, Elkins, Farmington, Goshen, Greenland, Lincoln, Prairie Grove, Tontitown, Johnson, West Fork and Winslow. The service also covers the University of Arkansas and more than 30 miles of Interstate 49. The service area includes all areas of Washington County except for Springdale. This year’s overall budget is about $10 million.

A subcommittee picked the three from a stack of 11 firms' applications during its meeting Monday.

Once hired, the firm will do renderings, a cost estimate, an engineering plan and bid the project, officials said. The firm also will oversee the project, Stewart said.

The committee plans to vote on which architectural firm to select at 5 p.m. Oct. 18, during its monthly meeting, Stewart said.

The new headquarters needs to be about 40,000 square feet, which may cost $3 million to $7 million, executive committee members said previously. The big question about whether to build the headquarters is cost, said Glenn Morgan, a member of the committee and subcommittee.

The push for a new headquarters comes as call volumes for ambulance services continue to increase. Calls for Central EMS service increased to 21,056 last year over 17,834 the year before, according to the 2016 annual report.

Central EMS expanded its service into areas previously covered by Springdale last year, but even without the newly covered areas, the number of calls increased 11 percent year over year, documents show.

Stewart has said she wants a headquarters that will meet the area's needs for the next 30 years.

The executive committee has been looking at getting a new headquarters for more than a year and has considered buying 10 acres at 2030 S. Morningside Drive in Fayetteville for construction.

Building a new headquarters will let Central EMS house operations, training, storage and other services in one location.

A training facility that also has storage is housed separately from other services currently. Operational, administration and dispatch are housed along with one ambulance and a maintenance crew in Station 1 on South School Avenue.

But, Station 1 has no way to expand its electrical capabilities, and all the space is being used, Stewart said. Should the ambulance service get a new headquarters, the old 10,383-square-foot building likely will be sold.

Stewart said she soon plans to submit an official, sealed bid to buy property Fayetteville owns on Crossover Road. That property, which housed the city fire marshals, would replace a nearby station Central EMS currently leases.