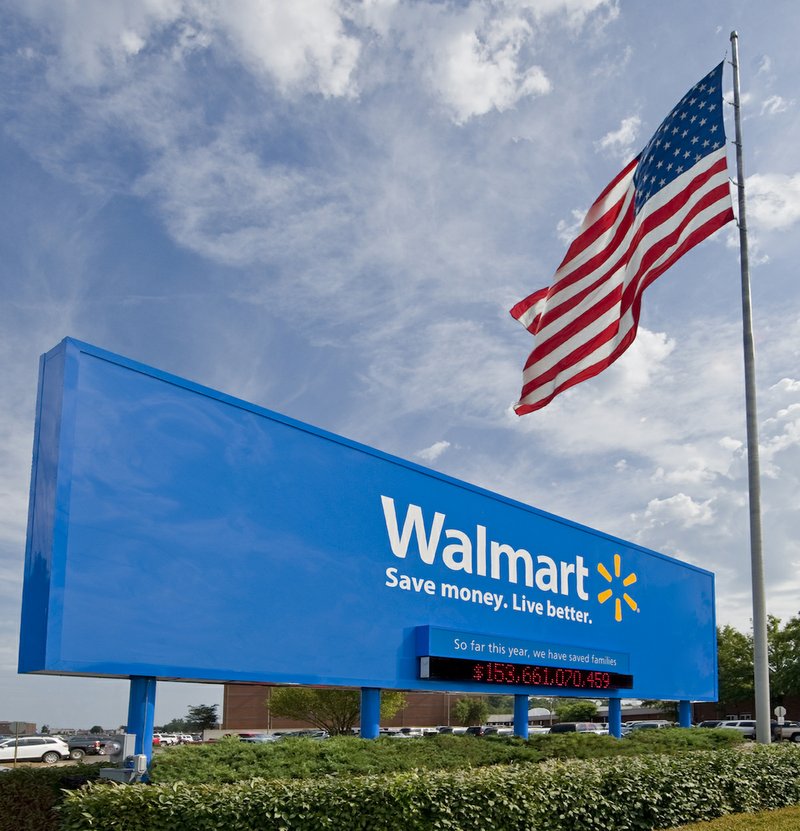 A sign is seen outside Wal-Mart headquarters in Bentonville in this 2012 file photo.

BENTONVILLE -- Wal-Mart Stores Inc. is putting together plans to build a new headquarters in Bentonville, a project that will move the company out of a building that has been home to its operations since 1971.

The new headquarters will be located on a 350-acre tract of land located on the east side of J Street between Central Avenue and Highway 102 near downtown Bentonville, according to the company.

A spokesman said Wal-Mart is in the early phases of planning and designing the project, but estimates a five to seven-year timeline for completion. An estimated cost has not yet been established.

“We’ve been here in Northwest Arkansas for over 50 years and we’re preparing now to cement the roots for the next 50-plus years,” Wal-Mart spokesman Randy Hargrove said.

Wal-Mart’s current home office operations include about 20 different buildings spread throughout Bentonville. The company said one purpose for building a new headquarters is to consolidate more of those operations on one campus to improve collaboration and efficiency. The company also said a new home will be an attractive tool to recruit future workers in a retail environment that is rapidly changing because of technology.

“This has been contemplated for a number of years,” Hargrove said. “We believe that these new facilities are going to help us accelerate change. It’s going to help us accommodate a more digitally-native workforce. More collaboration, more speed. The goal is to get the most out of our existing teams and to help us attract the next generation of talent.”

Wal-Mart revealed its plans for the new campus to employees Friday morning.

Construction will be completed in phases and Hargrove said the costs associated with the project will be part of the company’s annual budgeting process. The campus should include features like improved parking, natural lighting, a new fitness center and close proximity to the community trail system, according to Hargrove.

Founder Sam Walton moved Wal-Mart’s home office to its current location in 1971 after recognizing the company had outgrown its space in downtown Bentonville.

Wal-Mart said it will work closely with state and local officials as it begins to cement plans for its next move.

“We know how important it is to engage from a public affairs standpoint,” Wal-Mart spokesman Greg Hitt said. “Today’s announcement really kicks off that coordination process for us. We’ll be working and in dialogue with city and state officials and with other stakeholders across the state and Northwest Arkansas.”