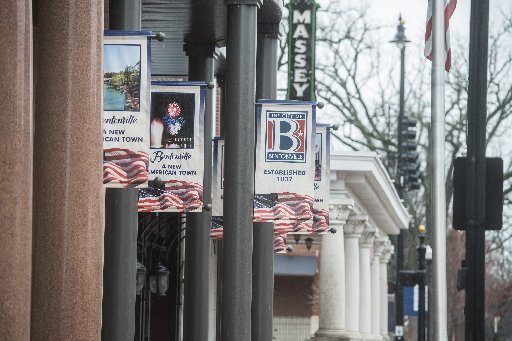 BENTONVILLE -- The city is considering partnering with Centerton rather than Rogers for animal services, Mayor Bob McCaslin told the City Council last week.

City officials have been talking for the last several weeks with Centerton about the possibility of bringing stray and lost dogs to its facility, McCaslin said. The city is looking at a three- to five-year contract with Bentonville paying Centerton $100,000 per year plus an additional cost per animal it takes in.

Bentonville doesn’t have an ordinance regarding stray or feral cats. Its animal services agreement with Rogers doesn’t include cats, nor will cats be considered in the potential agreement with Centerton.

Bentonville's animal control is part of the Police Department. The city doesn't have an animal shelter.

Bentonville has been taking dogs to the Rogers shelter for about a decade, according to Gene Page, the Police Department's public information officer. The animal control program will be restructured with regards to additional personnel and facilities as the city continues to grow, he said.

"During this restructuring stage, it was beneficial for us to also identify a partnership with a facility that closely mirrors our current needs and can be tailored to fit our expected growth," Page said. "We are very fortunate to have more than one option in the area and chose to partner with Centerton."

It's uncertain how many dogs are taken annually to the Rogers' shelter, but Bentonville's Police Department has been called about 723 stray dogs, 29 dangerous dogs and 111 animal cruelty calls this year, Page said.

Bud Norman, Rogers animal shelter manager, said he, too, was uncertain about how many dogs Bentonville brings annually. He said it could fluctuate and estimated it averages around 350.

Norman said Thursday he was unaware Bentonville was reconsidering its animal services contract with Rogers.

The Centerton Animal Shelter, at 10404 Arkansas 279, has 18 kennels, but is in the process of expanding to 60 with additional dog runs outside, said Mayor Bill Edwards.

"We're growing," Edwards said of Centerton. "Bentonville approached us and asked us to consider taking their dogs, and I said that's good timing for us, too, so we thought this would be a great partnership between the two cities."

Edwards said he told the Centerton City Council about the partnership the same night the Bentonville City Council was told about it. He's hopeful an agreement between the two cities can be presented to their respective councils in December or January.

Animal calls are sent to patrol officers when there are no animal service officers on duty. Patrol officers respond to priority calls first, which can lead to delays in responding to animal calls, Page said.

"An additional officer will increase availability and ensure the program is operating more efficiently," he said.