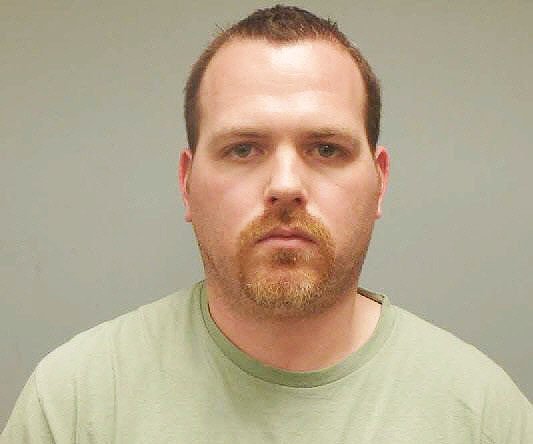 BENTONVILLE -- A judge dismissed charges Wednesday against a man in a murder case capturing national headlines when prosecutors got information from an Amazon Echo device.

James Bates, 31, was accused of killing a friend whose body was discovered in a hot tub at Bates' home in Bentonville. He was charged with first-degree murder and tampering with physical evidence in the death of Victor Collins, 47, of Centerton on Nov. 22, 2015.

Kathleen Zellner, one of Bates' attorneys, didn't object to the decision.

Gene Page, a spokesman for the Bentonville Police Department, said the department doesn't agree with the decision.

"We believe it is important and in the best interest of justice for the family that this case be heard by a jury," Page said.

Bates, who has maintained his innocence throughout the case, wasn't in court Wednesday, but numerous family members, friends and supporters were there. Zellner said she and Smith thought it would be better if Bates stayed away because members of Collins' family planned to attend.

Collins' wife, Kristine, said she was disappointed. "To say I'm devastated is an understatement. I believe my family, my children and this county deserves better, deserves a fighting chance for someone to make an argument," she said. "I don't feel that was done here."

She was in court along with Bentonville Police Chief Jon Simpson and several detectives during the brief hearing.

"I feel very disappointed and let down by the judicial system," she said. "Being a former law enforcement officer myself and my husband being a retired law enforcement officer, we spent our entire adult lives in the business of making sure justice is served when a wrong is done and it's not been served today."

Zellner commended Smith for his decision.

"This case fell apart on the medical evidence," Zellner said. "It wasn't a murder. It was dropped and that's what should have happened."

Zellner declined to go into specifics about the medical evidence. A medical examiner notified police in November 2015 that Collins' death was a homicide.

Smith didn't provide details concerning information provided by Bates' defense team but noted Arkansas law requires evidence be consistent with the guilt of the accused and inconsistent with any other reasonable explanation.

"After a review of new information provided by the defense and a re-examination of the evidence in this case, I came to the conclusion that the evidence could support more than one reasonable explanation," Smith said. "Accordingly, I am legally obligated to cease prosecution of the case at this time."

Police and prosecutors hoped they would obtain incriminating evidence from an Echo device in Bates' home.

Bentonville police and Benton County prosecutors got a warrant ordering Amazon to turn over information from the device from the night of Collins' death that may be on the company's servers. Attorneys for Amazon filed a motion seeking to quash the warrant.

The Echo is a hands-free speaker users control with voice commands. It uses a processor to identify a "wake word" and in response to the word connects to Amazon's cloud-based Alexa Voice Service to receive and respond to voice commands.

Amazon's motion to quash argued the warrant violated First Amendment and privacy rights. The motion requested a judge require prosecutors to make a heightened showing of the relevance and need for any recordings.

Amazon agreed to turn over the information in March after defense attorneys consented.

Smith said his office didn't obtain any incriminating evidence from the Echo device.

Collins died from strangulation with drowning as a secondary cause, according to the court documents.

Bates told police three men -- Collins, Owen McDonald and Sean Henry -- went to his house Nov. 21 to watch football. Henry left at 11 p.m., and the other three went to the outdoor hot tub where they drank beer and vodka, according to an affidavit.

McDonald told police he left at 12:30 a.m. to walk home, but a person picked him up and gave him a ride, according to the affidavit.

Smith said his office couldn't eliminate other reasonable explanations in the case. Smith said there are issues of significant intoxication with the victim and others, along with there being multiple people at Bates' home.

"The evidence could not eliminate beyond a reasonable doubt all the parties but one," Smith said.

Smith believes he made the right decision, saying "a prosecutor's job is not to win at all costs."