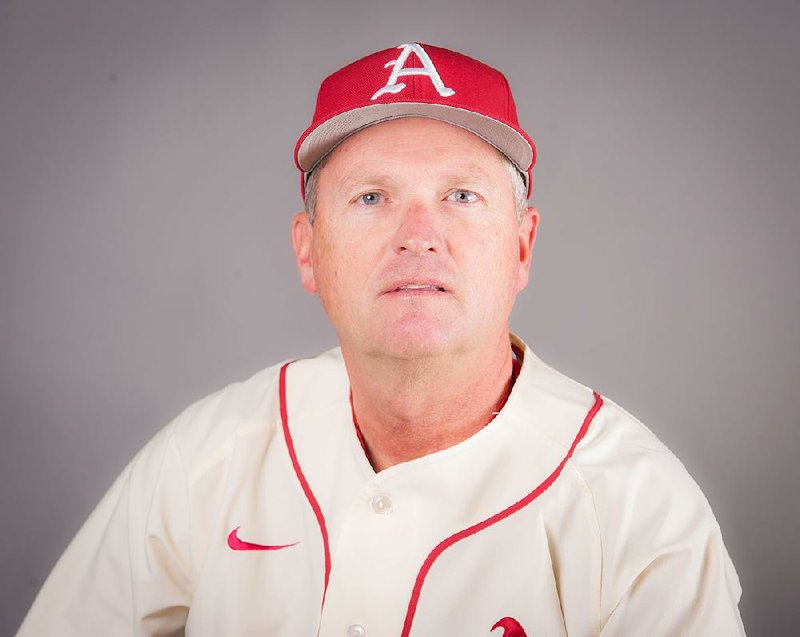 FAYETTEVILLE -- Arkansas has finalized its 2018 schedule, and several of college baseball's top teams are on it.

The Razorbacks will play at least 24 games against at least 10 teams that made the 2017 NCAA Tournament, including road trips to defending national champion Florida on March 23-25 and national runner-up LSU on May 4-6.

The home slate includes long-awaited reunions with former Southwest Conference rivals Texas on March 13-14 and Texas Tech on April 24-25. It also includes an April 17 game against Missouri State, which eliminated the Razorbacks from the NCAA regional at Baum Stadium earlier this year.

"It's probably the toughest schedule on paper that we've had since I've been here," 16th-year Arkansas Coach Dave Van Horn said. "You just look at some of the teams that are on there -- some big-name schools, nonconference teams that are going to be projected to be in regionals or were in regionals last year.

"It's a great schedule for our team challenge-wise. It's going to challenge us just about every game. You can't really just look on there and say, 'Yeah, they're going to get that one.' There might be a couple of those, but other than that we're going to have to earn them all, which I think is going to keep our players on their toes."

Texas and Texas Tech will make their first trips to Fayetteville since Arkansas was a member of the Southwest Conference. The Longhorns' last trip was in 1991 and the Red Raiders' last trip in 1990.

Neither team has played at Baum Stadium, which opened in 1996.

Texas and Texas Tech were NCAA postseason teams a season ago. The Red Raiders were a national seed but failed to advance past the regional round.

"Having those types of teams creates a great opportunity for us," said Carson Shaddy, a fifth-year senior second baseman. "I think if we do what we're supposed to do, we're going to have a really high RPI going into the postseason next year. I truly believe that this team can handle what we have coming toward us."

Other weekend series are March 2-4 against 12-time national champion Southern Cal and March 9-11 against Kent State, the 2017 regular-season champion in the Mid-American Conference.

Arkansas is scheduled to play four games in San Diego in late February, beginning with a Feb. 21 date against Arizona, which defeated the Razorbacks at the Frisco (Texas) College Baseball Classic in March. The Wildcats were national runner-up in 2016.

Arizona and Arkansas are part of the field for the Tony Gwynn Classic, which is hosted by San Diego and San Diego State. Other teams in the Feb. 23-25 tournament include Michigan, Grand Canyon and Cal Poly Pomona.

Matchups for the Tony Gwynn Classic have not been announced. Michigan and San Diego State made the NCAA Tournament last season.

The Ole Miss (March 29-31), South Carolina (April 12-14) and Georgia (May 17-19) series will be played Thursday through Saturday. The other seven SEC series are scheduled to begin on Fridays.

Arkansas' nonconference schedule includes three games that will be played at minor league parks. The Razorbacks are scheduled to play North Carolina-Charlotte at BB&T Ballpark in Charlotte on March 20; Memphis at AutoZone Park in Memphis on March 27; and Grambling at Dickey-Stephens Park in North Little Rock on April 10.

"Getting to play in those big minor league parks, having a change of scenery -- it's a neutral site in some respects -- is pretty cool for us," Shaddy said. "We get to go and kind of feel like ... minor leaguers. It's kind of fun to go into those locker rooms and be in awe of what could be."