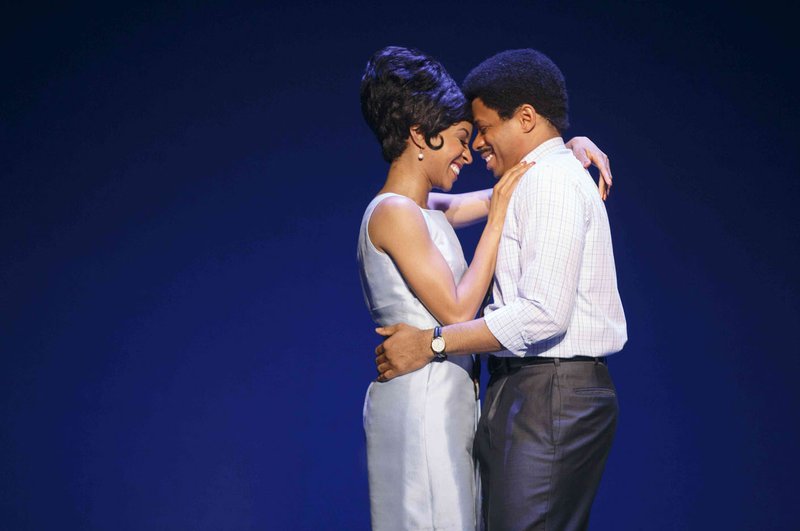 "Dancing in the Street"

"Stop! In the Name of Love"

You already know the songs. The pop-influenced soul music produced at the Motown Record Company during the second half of the 20th century represents one of the most significant accomplishments of the music industry.

"People come up to us and share their individual stories about, 'I remember when the sock hops were segregated and then when they played a Motown song, everybody just danced together -- they didn't care the color of anybody's skin.' We hear these stories night after night," says Chester Gregory.

Gregory portrays Berry Gordy, the founder of the acclaimed recording studio, in "Motown: The Musical" -- the Broadway tour on stage at the Walton Arts Center Tuesday through July 2. With a script written by Gordy himself, "Motown" is the retelling of moments behind some of the biggest soul hits ever -- with the legendary artists who performed them.

"No artist would be where they are today, especially a black artist, had it not been for the people who paved the way -- people like Berry Gordy, Smokey Robinson, Stevie Wonder. They went through a lot of the race riot stuff, and crossing those barriers, and talking to those DJs who would not play any music by black artists -- they considered it 'race music,'" Gregory shares. Living a similar lifestyle to the original artists -- constantly traveling to new cities, performing the songs each night, witnessing their effect on an audience -- has given the cast a new-found appreciation for the classic music.

"We understand we're not them, but at the same time, we are given the chance to usher in the beauty of that experience every night," he goes on. "It never gets old. It never gets tired. There's not one day that the baseline for 'My Girl' starts and we [all groan]. We feel that energy from the audience, and the beautiful thing about this catalog of music is that every person in the audience feels like that song was written specifically for them."

Although the story depicts moments from Gordy's past as well as the history of Motown, the cast is given the freedom to explore their own interpretations in those scenes. The creative team, Gordy included, is not interested in impersonations.

"They're interested in how you interpret that truth as an actor," Gregory reveals. "So for example, when you see Allison Semmes portray Diana Ross, she's definitely emulating her artistry, but it's through her own truth."

Besides the connections the cast is making to the characters/icons as individuals, sadly the messages within the show and songs themselves have sustained more relevancy than anyone could have anticipated. During the first run of the tour in 2014, "Motown" was playing at the Fox Theatre in St. Louis during the second wave of the Ferguson riots. Today, on the tour's second run, Gregory admits to sometimes feeling a tension in the audience when the plot addresses "these very real subjects that have always been prevalent, but are even more prevalent now in today's era" that seems to mirror characteristics of the '60s.

"Now when we sing songs like 'What's Going On' and 'Mercy, Mercy Me' and you hear the language about race and about how people are divided by their color, it definitely feels like we're reliving parts of the '60s all over again," Gregory says. Speaking of a moment in the second act of the show where Diana Ross interacts with the audience, Gregory discusses Motown music's ability to be feel-good and socially conscious at the same time while also bringing people together.