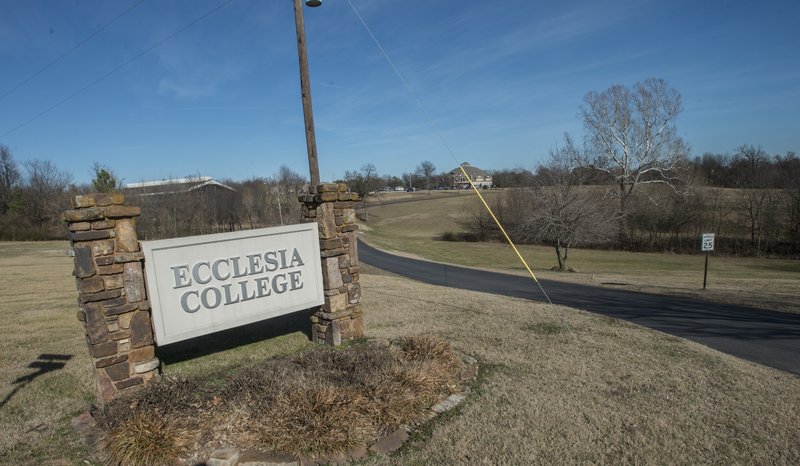 FAYETTEVILLE -- Ecclesia College is misrepresenting a federal judge's order in refusing to release records under a state Freedom of Information Act request, according to a motion filed Monday in Washington County Circuit Court.

A party’s request to the court to delete insufficient defenses or immaterial, redundant, impertinent, or scandalous statements from an opponent’s pleading. This can either be oral or written.

Jim Parsons' lawsuit, originally filed Feb. 9 in Washington County Circuit Court, seeks documents from the school related to those grants. The suit contends private organizations receiving public money, engaging in activities of public interest, carrying on work intertwined with a government body or receiving grants to promote economic development are subject to the requirements of the state law.

Parsons, a former teacher and board member at the college who lives in Bella Vista, also says Ecclesia's recent claim to be a church rather than a college puts it in violation of the state Constitution by receiving state money.

The federal judge's order pertained to the individuals and not to the college itself, Parsons' attorneys contend. The motion contends Brooks' order doesn't prohibit Ecclesia from disclosing documents that were already in its possession prior to the protective order or that are business records of the school.

The motion says Ecclesia should be required to show Threet the documents in chambers to prove they are covered by Brooks' order or go to Brooks for help.

"To be completely clear and transparent, Ecclesia Inc., is invited and requested to 'put up or shut up,'" the motion says.

McCutchen and Sexton also continued their efforts to disqualify Travis Story and Bob Ballinger from representing Ecclesia. Ballinger, R-Berryville, is a lawyer practicing in Story's firm.

They claim Ballinger is a party to their lawsuit because he recommended Ecclesia get at least two grants, one of which he was the only lawmaker to make a recommendation.

The motion to disqualify says Ballinger was an active applicant for the grants not merely someone who recommended them.

Story is seeking sanctions against McCutchen and Sexton and dismissal of the lawsuit.