Obscure series from 1950s, Decoy, had woman in lead 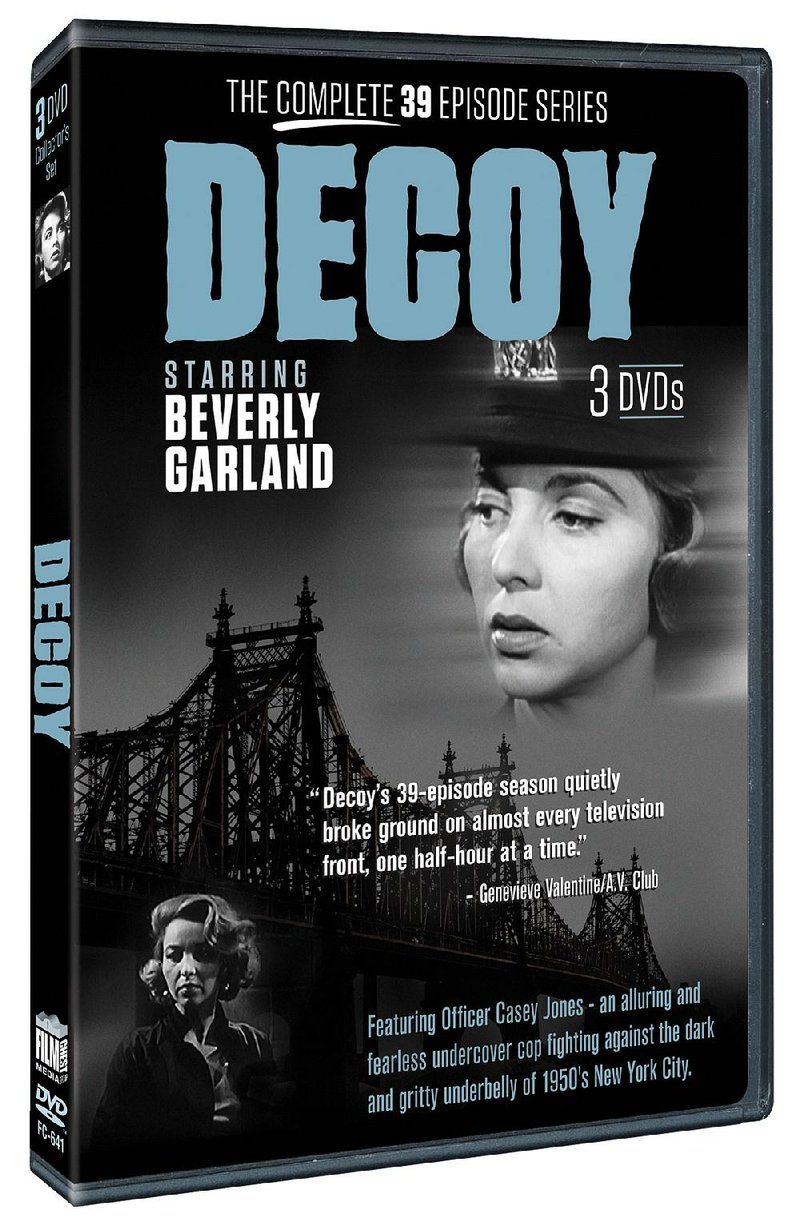 DVD case for the complete series of Decoy

What is it? Decoy, complete series, 39 episodes on three discs from Film Chest Media Group

Who is the decoy? That would be Detective Casey Jones (Beverly Garland) of the New York City Police Department.

Sometimes working undercover, sometimes in uniform, Casey works all over New York, from Greenwich Village to Central Park, back alley nightclubs to ritzy gambling salons, fighting to take down criminals of all types and make the city a safer place. She doesn't work for any particular division, bouncing around between the various departments from week to week.

There are a few repeat characters, but Casey is the only constant.

I'd never heard of this one. Most people haven't. The show only ran for a single season, 1957-1958, but it was groundbreaking and is definitely worthy of some attention. This was the first show to focus on a female police officer, and one of the first with a woman as the star.

At a time when women on TV were mostly playing the wife and mother roles, Casey Jones was a rarity: an independent, smart, strong woman working in a predominately male world.

And yet, her sex was never really an issue. The fact that she was a woman was taken as a matter of course. No one made a big deal about it and her co-workers and superiors respected and accepted her.

There is some cultural and historical significance for the series, of course, but it also functions well as entertainment. The stories are tight, sharp and well-written and it feels surprisingly modern.

Viewers may notice some similarities to the old Dragnet series, with the episodic police drama setup, the lack of personal stories for the detective in charge and in Casey's dry, tough delivery.

It's a visually stunning series as well. In fact, it was the first TV show filmed on location on the streets of New York and it has a real film noir feel, enhanced by the gritty, atmospheric shots of 1950s New York.

Extras? There are no bonus features. However, the set does come with a booklet that has an episode guide, photo gallery and series notes and trivia.