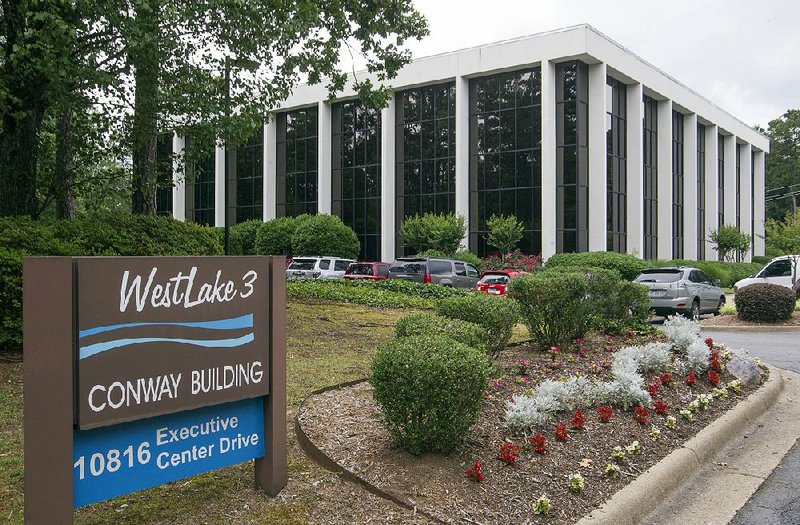 The Westlake Corporate Park and its six office buildings sold recently for $45.8 million.

The recent $45.8 million purchase of a west Little Rock office park of six buildings came with scant plans for changes to the property, one of the Dallas-based buyers said.

The deal was reported by the Arkansas Democrat-Gazette in early May.

STP's first plan for the office park is to maintain it as a Class A property, said Adam Rasmussen, a principal with Silver Tree Partners.

"We don't see a lot of reasons to change a lot of things out there," he said. "They've done a good job, and tenants are happy. It's well-leased. Sometimes you don't have to fix things that aren't broken."

The properties are more than 90 percent occupied, a sign of a stabilized asset, Rasmussen said.

The office park was originally known as the Koger Executive Center, one of the first office parks in west Little Rock. It was acquired in 1999 by ISB Investors for $30.4 million.

The six office buildings in Westlake Corporate Park are named Benton, Conway, Danville, Searcy, Shannon and Redding. They were built from 1982-88 and range from three- to five-stories tall.

One parcel of undeveloped land was included in the $45.1 million purchase. Two other parcels sold for $700,000 in a separate deal.

Most of the office buildings are along Executive Center Drive, off South Shackleford Road and near Interstate 430 and the Arkansas Heart Hospital.

The property includes a lake.

"The lake is a beautiful piece of property, and we're looking forward to developing the 11 acres adjacent to the lake as well," Rasmussen said. "Right now we don't have any plans for what we're going to do with it. We'd like to do something really nice to complement the business park."

"We traditionally like to buy good real estate that we believe can survive cycles, and we've been successful doing that," Rasmussen said.

Silver Tree Partners is primarily invested in properties in north Texas, he said.

The parents of a 21-year-old from St. Augustine, Fla., who was searching for a business to own, acquired the Best Western South on Interstate 30 near South University Avenue last month.

Brijen Patel said he was looking for a hotel to purchase. Windsor Hospitality's owners contacted Patel about buying the Best Western South, which was built in 1996.

"I had been in contact with about 15 brokers across the United States," Patel said.

He chose the two-story Best Western South because of its price, its revenue, the location along an interstate, the condition of the property and the Best Western brand, Patel said.

He expects to do a major renovation on the motel in the next six months. He plans to replace the television sets and carpeting in each room, increase truck parking, and paint the exterior and interior.

Patel's parents are the owners of the limited liability company and Brijen Patel is manager of the company and the Best Western, Patel said.

Brij Hospitality has a $1.6 million mortgage with BankUnited of Miami Lakes, Fla.

6200 Sears LLC has a $1.1 million mortgage with Reylance Bank of Pine Bluff.

Attempts to reach officers with 6200 Sears LLC were unsuccessful.