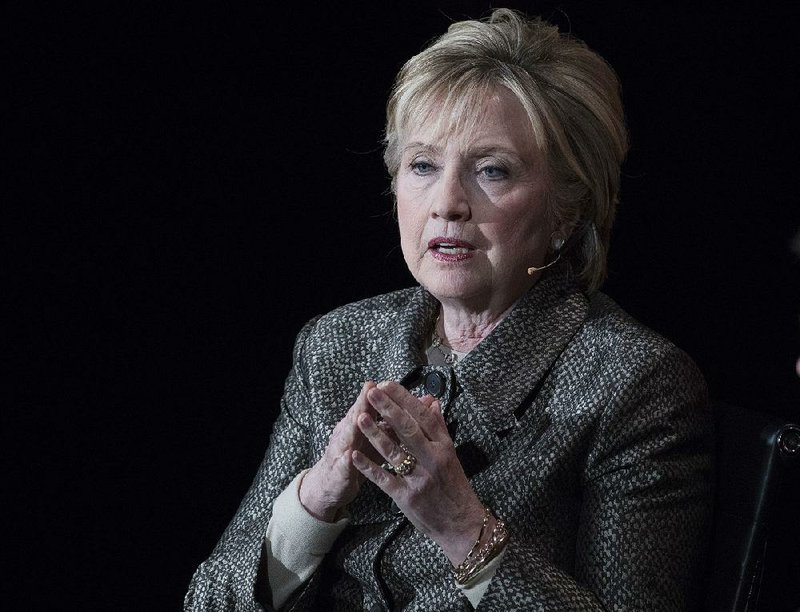 Former Secretary of State Hillary Clinton wasted no time in responding to President Donald Trump’s latest tweet about her.

He was responding to comments made by Clinton earlier in the day at the Code Conference in Rancho Palos Verdes, Calif., where she was interviewed by two tech journalists and spoke in detail about the 2016 presidential election.

"I take responsibility for every decision I made, but that's not why I lost," she said.

Clinton pointed to several factors as the reason she lost, including fake news on Facebook and troubles at the Democratic National Committee.

At one point she said she suspects Trump's campaign might have guided Russian operatives on propaganda.

Russians wanted to spread misinformation about her, she said, but "could not have known how best to weaponize that information unless they had been guided. ... Guided by Americans and guided by people who had polling and data information."

When asked who she thought was guiding the Russians, she said, "I'm leaning Trump. I think it's pretty hard not to."

"Crooked Hillary Clinton now blames everybody but herself, refuses to say she was a terrible candidate. Hits Facebook & even Dems & DNC," Trump tweeted.

Less than an hour later, Clinton retweeted Trump's insult, adding a message of her own: "People in covfefe houses shouldn't throw covfefe."

In response to Clinton's humorous "covfefe house" tweet, Trump's son Donald Trump Jr. joined in the social media sparring match by tweeting, "What house is he in again??? That's what I thought. You're trying too hard."

Clinton's note was a reference to the sentence fragment Trump tweeted early Wednesday morning, which simply read, "Despite the constant negative press covfefe."