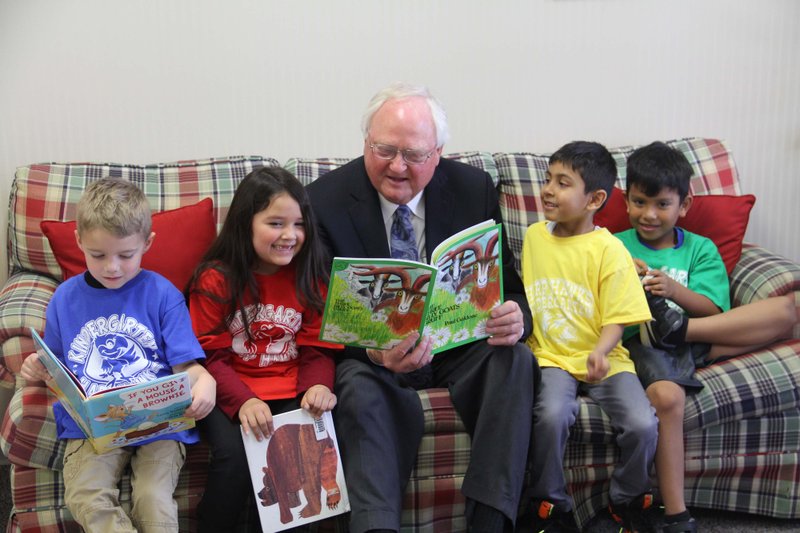 Springdale Reads was launched in the spring and will be fully implemented in the fall of 2017 to insure every student in the Springdale Public School District is a proficient on-grade level reader. Major emphasis is being placed on less reading instruction and more actual reading time in all 18 of the district's elementary schools.

Springdale's initiative has gained national attention as Springdale was among only 15 communities nationwide to be named an All-America City for its civic engagement to help more young people achieve grade-level reading proficiency and early school success. The award was presented by the Campaign for Grade-Level Reading and the National Civic League.

"Being named an All-America city demonstrates Springdale's commitment to achieving the goals to build a culture of reading, educate parents about the importance of reading, increase access to books at home and boost professional development for educators," said Superintendent of Springdale Schools Dr. Jim Rollins.

Reading is only one aspect of the emphasis on whole-child education that has led Springdale to become an innovation leader in Arkansas. While several of its schools have been designated innovative by the Arkansas Department of Education, the Don Tyson School of Innovation has been given public school-charter status as it has become a national leader in innovative services.

In its fourth year of operation and the only school of its kind in Arkansas, the Don Tyson School of Innovation began with a class of eighth graders who are now high school juniors. Adding eighth grade classes annually and opening the doors to seventh graders this year, the Don Tyson School of Innovation utilizes seat time waivers and personalized instruction to prepare its students to be college and career ready upon graduation. In fact, DTSOI students are given the opportunity to earn an associate's degree (two years of college credits) while earning their high school diplomas.