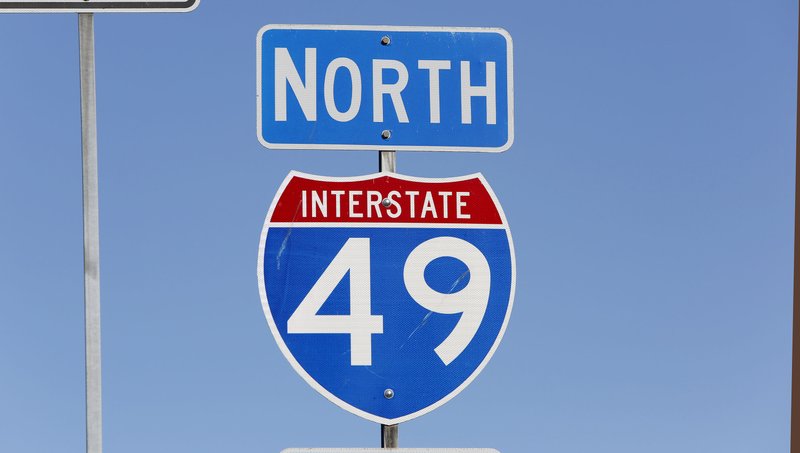 Voters approved the temporary sales tax in 2012. In place through 2023, it is helping finance a $1.8 billion road construction program focusing on projects of regional significance. It raises $161 million annually for the Arkansas Highway and Transportation Department and $70 million for cities and counties.

Gov. Asa Hutchinson asked the Arkansas Good Roads Foundation in June to build support for a permanent highway funding fix. The foundation has been presenting its findings to Hutchinson, legislative leaders and, on Wednesday, to the Arkansas Highway Commission. The foundation, whose membership includes construction, trucking and economic-development interests, said its aim is to promote adequate funding for a "safe and efficient" highway system to foster economic growth and private-sector jobs.

While Hutchinson welcomed the survey and the organization's other work, he said Wednesday that the consensus isn't there yet.

[REPORT: Read the full results of the survey]

"In terms of the briefing that the Good Roads Foundation gave to the Highway Commission today, that's part of the ongoing process and discussions," the governor said at a news conference. "Bringing more people into the loop as to the potential needs that we have long-term in highway funding, how we can meet those needs and what options that are there on the table.

"Anything would have to be referred by the Legislature to a vote of the people is really what's the largest arena of discussion. As we enter the session, that information is very important. There's not been a consensus developed yet. We will continue to look at that in the report today which is part of that process."

The foundation's work began after the Legislature, meeting in special session in May, enacted a five-year highway funding plan.

It relies largely on using 25 percent of future general revenue surpluses and increased investment earnings from the treasury to raise about $50 million a year. Those state funds would be used to provide a funding match for about $200 million a year in new federal highway funds available in the next five years under the latest federal highway bill.

The target of the long-term fix is the $400 million annually the Governor's Working Group on Highway Funding concluded the department would need within the next seven years, a figure that was greeted with skepticism in the survey results released Wednesday.

The same survey also showed little appetite among respondents for increasing the tax on gasoline, which is now 21.6 cents per gallon; showed the Arkansas voters surveyed narrowly support a sales tax on fuel that would be collected at the wholesale level; found that voters would prefer the money be spent to repair or maintain existing roads, which has been a commission emphasis in recent years; and found that respondents would want the opportunity to vote on any highway funding tax measure rather than having the Legislature enact it.

Gilmore told members of the Highway Commission at Wednesday's briefing that the survey results represented a "winning issue" and that "there's an appetite among the voters to do that right now."

Gilmore Strategy Group surveyed 800 likely voters Dec. 12-13. Seventy percent of the participants were reached by landline phone and 30 percent by cellphone. The respondents also were "stratified by county to reflect history voter trends," according to the summary of the survey's methodology. The results have a margin of error of 3.5 percent.

The foundation is backed by many of the stakeholders it sounded out. It also receives an annual donation from the state Highway Commission -- the latest totaled $30,000. Hutchinson also tapped state discretionary funds to give $50,000 to help the foundation fulfill the governor's request, said Craig Douglass, executive director of the Good Roads Foundation. Private sources donated another $60,000, he said.

Douglass said that based on the foundation's work, he believed a ballot issue could be referred to voters making the temporary sales tax permanent and include removing the sales-tax exemption on motor fuels. The latter would be combined with a bond issue to bridge the years before the tax could be made permanent in 2023.

"The numbers are encouraging," said Commissioner Robert Moore Jr. of Arkansas City, a former speaker of the state House of Representatives. "But it's not something you can take to the bank right now."

Rep. Dan Douglas, R-Bentonville, said his colleagues wouldn't immediately embrace the funding proposal even though it would be up for the voters to decide.

Among other concerns, he said, "some will have a little heartburn over making the half-cent permanent: 'Is that going back on our word?' It's not a clear path."

Information for this article was contributed by Aziza Musa of the Arkansas Democrat-Gazette.