Cotton speaks to crowd of about 2,000 at Springdale town hall 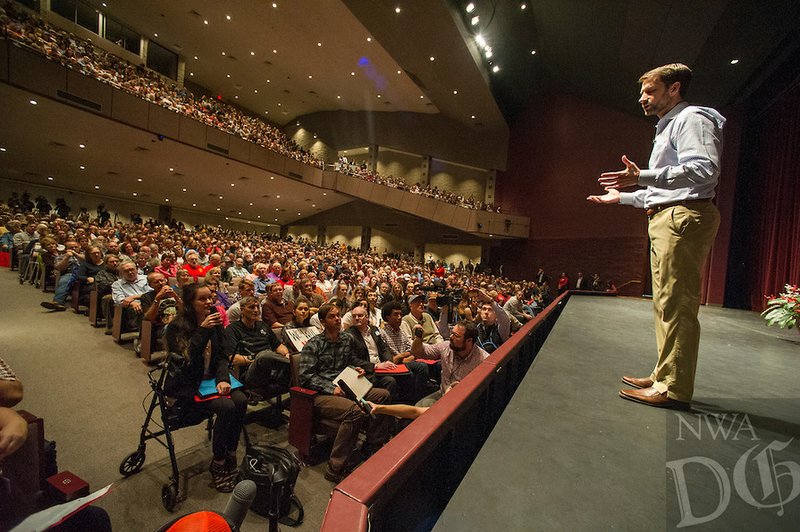 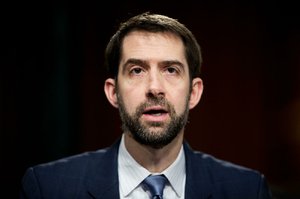 SPRINGDALE — U.S. Sen. Tom Cotton, R-Ark., faced a loud and angry crowd of about 2,000 Wednesday at an auditorium in the usually safe conservative enclave of Springdale.

Often interrupted by shouts and boos, Cotton's longest and quietest exchange was with a young Springdale woman on the verge of losing her health insurance.

"Without that, I will die," said Kati McFarland of Springdale. Cotton said the GOP replacement plan will cover that. "With what?" McFarland demanded, seeking details.

See the video of the town hall here.

“I asked for a town hall originally and was offered a meeting with staff,” said Caitlynn Moses, a local organizer and spokeswoman for Ozark Indivisible. Her group is affiliated with the nationwide Indivisible group, which opposes President Donald Trump’s policies on health care, immigration and other issues.

The Feb. 1 meeting was canceled with less than 24-hours notice, sparking a protest by Moses and her group in front of Cotton’s regional office in Springdale.

“After that, Sen. Cotton called me personally and said he would hold a town hall meeting during the President’s Day week’s recess,” Moses said.

The town hall is set for 5 to 6:30 p.m. today at the Pat Walker Center of Springdale High School. The campus will open to visitors at 4:20 p.m. Doors to the center, which seats 2,000, will open at 4:45 p.m., according to the senator. No firearms, large bags, backpacks, food or drink will be allowed.

“We want to talk to our senator,” Moses said. “A lot of people think we’re just trying to cause a ruckus, but that’s not what we’re trying to do.”