Wolverines fail to keep up with Fighting Irish 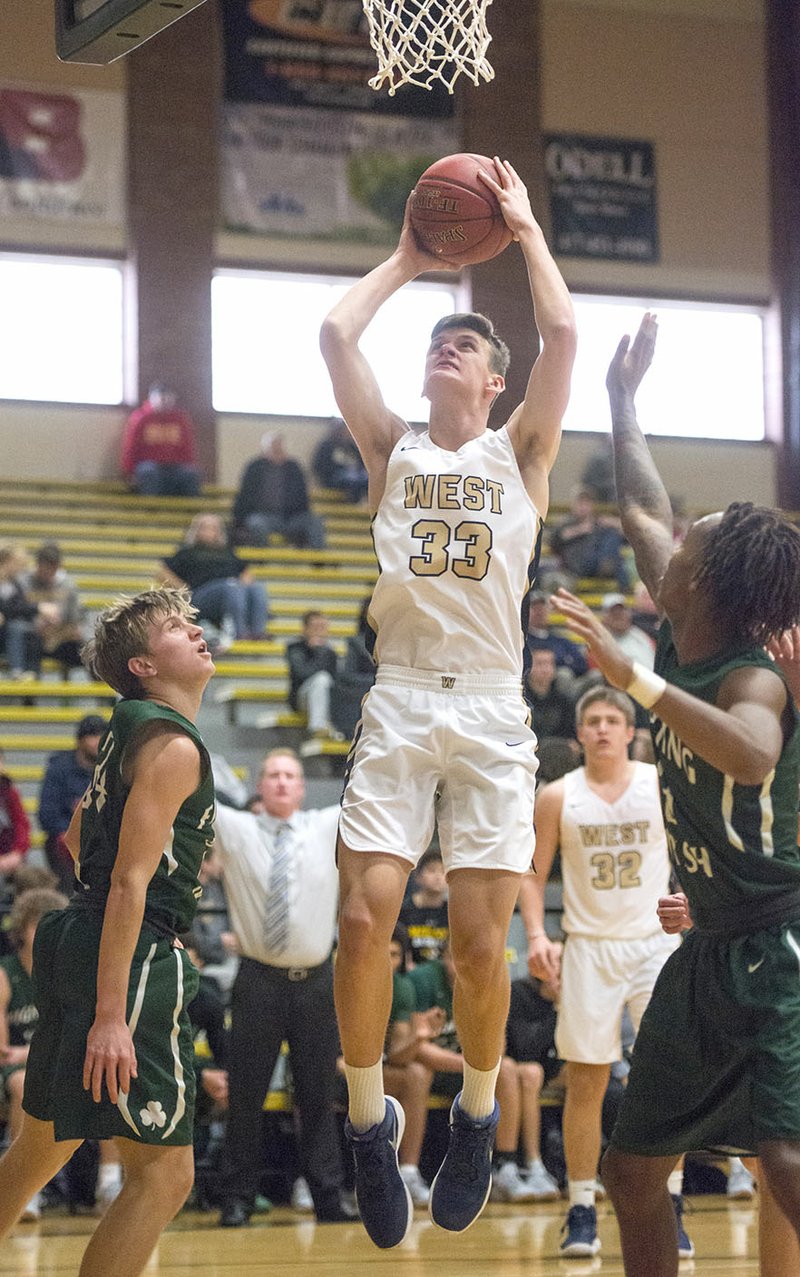 NEOSHO, Mo. -- Bentonville West pulled a fast one to start the second half as Boston Barron needed only 4 seconds to sneak inside and score.

The Wolverines, however, couldn't keep up with the quick pace that St. Joseph (Mo) Lafayette maintained throughout the second half Wednesday and suffered a 78-57 loss during the opening round of the 63rd annual Neosho Holiday Classic.

(All games at Neosho Junior High)

"That's the hard thing about basketball: Christmas break hits you in the mouth, and I think everybody's still feeling good about themselves and how good we were at the start of the year. We didn't come ready to play against a good team."

West (8-2) forced a 33-33 halftime tie when Dillon Bailey hit two free throws with 10.7 seconds left, then Barron's bucket quickly put the Wolverines in front for the first time since midway in the second quarter. That, however, turned out to be the last time West owned the lead.

Ike Book scored 34 seconds later to tie the game, then Ontreyoni Washington -- who led four Fighting Irish players in double figures with 17 points -- scored the next five to give Lafayette (6-3) the lead for good. That lead grew to 53-43 on Book's layup to end the third quarter, and the Fighting Irish extended their lead as high as 24 points during the final 8 minutes.

"When we turn the ball over 24 times, that's not us," White said. "And it wasn't forced turnovers. It was just being careless, but what do you do? You have a dead period and can't practice, and you can't bring them in on Christmas Day. You get 2 hours to prepare for one of the top teams in Missouri, and that's not a good recipe for our guys."

Collier Blackburn had 13 of his 16 points in the first half to lead West, which returns to action at noon today against Brooklyn (N.Y) Banneker Academy, while Hunter Swoboda was the only other Wolverine in double figures with 13. Diego Bernard, a Northwest Missouri State signee, added 14 points and 10 steals for Lafayette, followed by Book with 13 and D'karee Gray with 12.

Print Headline: Wolverines fail to keep up with Fighting Irish