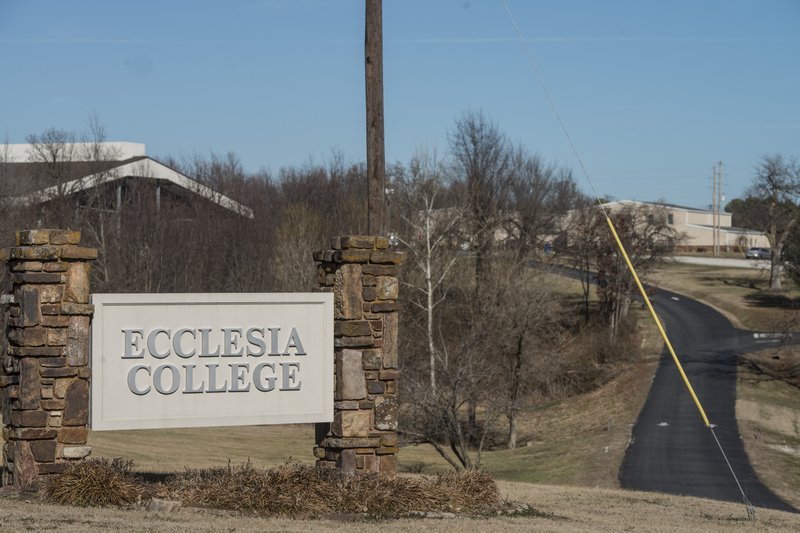 A former Arkansas representative has pleaded guilty to taking a kickback from the state grants he helped secure for the college. A former state senator, Ecclesia's president and a consultant hired by the college have been indicted.

The General Improvement Fund consists of unallocated state tax money at the end of each fiscal year and interest earned on state deposits. Each legislator is given a share and can direct where he wants it to go as long as it goes to a nonprofit group or government entity. The money is distributed through the state’s eight economic development districts, nonprofit corporations that encourage regional economic development. The legislature didn’t put restrictions on or abolish the General Improvement Fund process during the last session, but the money isn’t included in the state’s new two-year budget.

Ecclesia twice asked a judge to dismiss Parsons' lawsuit. Ecclesia contended too much time had passed without a court hearing, making the lawsuit moot. Its motion also argued the open records law doesn't apply to Ecclesia because it's a private institution. The college claimed the receipt of some public money isn't sufficient to bring it within the coverage of the state Freedom of Information Act.

Threet found no merit in the seven-day argument and ruled Parsons stated sufficient facts related to Ecclesia's monetary involvement with government to keep the lawsuit active.

The lawsuit notes only documents related to public money used at the college are being sought.

The lawsuit, originally filed Feb. 9 in Washington County Circuit Court, contends private organizations receiving public money, engaging in activities of public interest, carrying on work intertwined with a government body or receive grants to promote economic development are subject to the requirements of the Arkansas Freedom of Information Act.

Parsons is chairman of the Benton County chapter of Transparency in Government Group. He said he's a former Ecclesia board member and faculty member.

"We knew they had a very weak argument and Chip Sexton's response would qualify for a thesis on a doctoral degree," Parsons said Wednesday. "It was the longest and most comprehensive FOIA court document that I have ever seen. It should be an example for future FOIA cases."

Former State Sen. Jon Woods, R-Springdale, has since been indicted on 14 counts of wire fraud, one count of mail fraud and one count of money laundering. Denying "honest services" by an elected official is a public corruption charge. Woods has pleaded not guilty.

Each was indicted on 13 counts of wire fraud and one count of mail fraud. Both have pleaded not guilty.