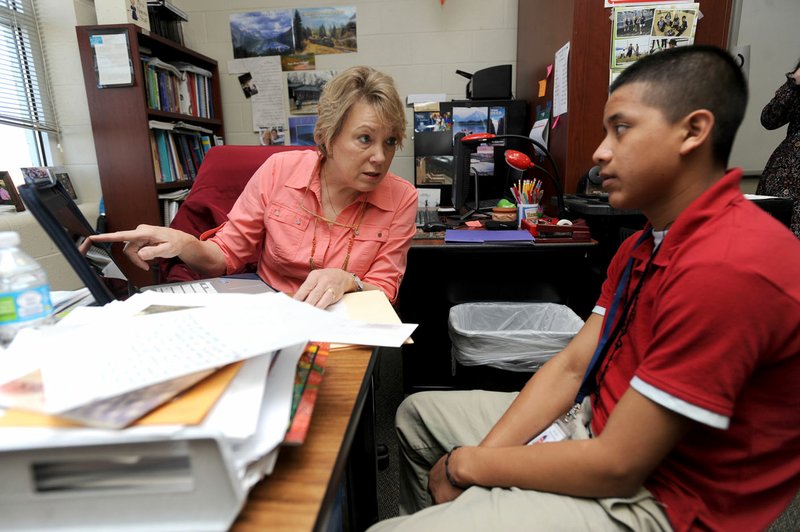 SPRINGDALE -- A Republican state representative from Rogers wants state grades given to schools to reflect more than what students score on one standardized test given annually. 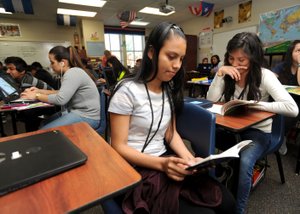 "To grade a school on a test is more of a test on what the population of the kids is rather than the performance of the school itself," Rep. Jana Della Rosa said. "We have a punitive, reactive system. We were trying to change it into a system that would be proactive and encourage excellence for everyone."

• State test scores do not count for growth or achievement in accountability ratings for campuses and school districts for English learners enrolled in a U.S. public or private school for less than 12 months.

• State test scores count for growth purposes only for English learners enrolled in a U.S. public or private school for between 12 and 24 months.

• Sponsored by Della Rosa and Lindsey

• Options are the other indicator are closing the achievement gap; academic growth of specific student groups; percentages of students who earn credit in Advanced Placement, International Baccalaureate, concurrent credit programs or industry-recognized credentials; equity in resource allocation; student access to flexible programs that allow for personalized, competency or mastery learning; the proportion of educators with National Board for Professional Teaching Standards certifications or with advanced degrees; and public school district and community partnerships.

She sponsored House Bill 1607, now Act 991. The legislation focuses on how the accountability system evaluates the performance of English learners enrolled in U.S. schools for fewer than 24 months.

She also sponsored House Bill 1608, now Act 930. It requires the state's A through F grading system for schools to include more than student achievement on the annual state standardized test, currently the ACT Aspire.

"We were supportive of the final language and are confident that both acts will help us achieve a more robust and effective accountability system," Friedman said.

State officials are developing a state accountability plan under the federal Every Student Succeeds Act. The plan is due to the U.S. Department of Education this fall for implementation in the 2018-19 school year.

Community members look at school ratings and assume an "A" school does a good job of educating and graduating students, while an "F" school does not, Della Rosa said.

"It just means they did good on a test," she said.

What's not reflected is an "F" school may have high-quality teachers working with large populations of children having challenges, including those who are learning English or those who come from poor families, she said. The state's diverse population of children also includes those with disabilities and students whose families move frequently for work.

"All kinds of things drive poor ratings and are not necessarily because the school is not good at teaching," Della Rosa said. "If you are only looking at one test score and using that as your judge, it's not really what the parents are wanting to know."

Della Rosa's interest in English learners and the state accountability system grew following a visit last fall to Har-Ber High School as part of the state's Take Your Legislator To School month.

Har-Ber High School's "C" grade given in the 2015-16 school year didn't make sense to her after seeing its music program, construction technology program and Language Academy, she said. The academy serves about 120 freshmen through seniors who have been in the United States for less than a year and aren't proficient in English.

The academy focuses on getting students up to speed in their subjects while learning English for reading, speaking and writing, she said. The campus has more than 640 English learners, including those who aren't in the academy.

"You look at this place and what they're doing and how hard they're working," she said.

It bothered her that students were being tested when they can't read the instructions because they are learning English, she said.

Della Rosa found support for the bill on English learners from lawmakers in communities that are home to large populations of immigrants where schools have experienced similar issues, she said.

Legislators had few questions about the bills, she said. Both passed out of the House and Senate education committees. House Bill 1607 passed with 32 votes in the Senate and 90 votes in the House. It became law March 31.

House Bill 1608 passed with 30 votes in the Senate and 85 votes in the House. The bill received no "nays" in either house. It became law March 29.

In Arkansas, all instruction and testing in public schools must be in English, Slocum said.

The process is frustrating to students, she said.

Slocum wrote a paper for Rollins that summarized some of the issues with the accountability system, including how it evaluates English learners, she said. She included solutions.

A key part of the process involved sharing their work with other district staff and state officials, Clay said.

"What makes perfect sense on a piece of paper -- we know what that means -- that has to translate into words," Clay said.

"We all came with these very different perspectives," Clay said. "[Slocum] knew what's required for learning services to implement."

"We don't grade our students on how they do on one day on that state assessment," Slocum said. "The same is true on state accountability. Students are much more than that one grade on that one day."

The bills reflect Della Rosa's desires for changing the system, but also what she thought would receive support and what state officials agreed could be measured and would meet requirements of the Every Student Succeeds Act, she said.

The implementation of both bills will depend on the rules put into place by the department, Clay said.

Under the broader bill on state accountability, schools will receive credit for advancing a student who enters school two years behind and makes a year's growth even if that student isn't yet on grade level, she said. Della Rosa also intends for the law to encourage the growth of the highest achievers, she said.

Della Rosa said she told Commissioner of Education Johnny Key she thinks the department should implement what the Legislature has said it wants from public education.

"We have an obligation to provide an adequate education to the people of Arkansas," Della Rosa said.