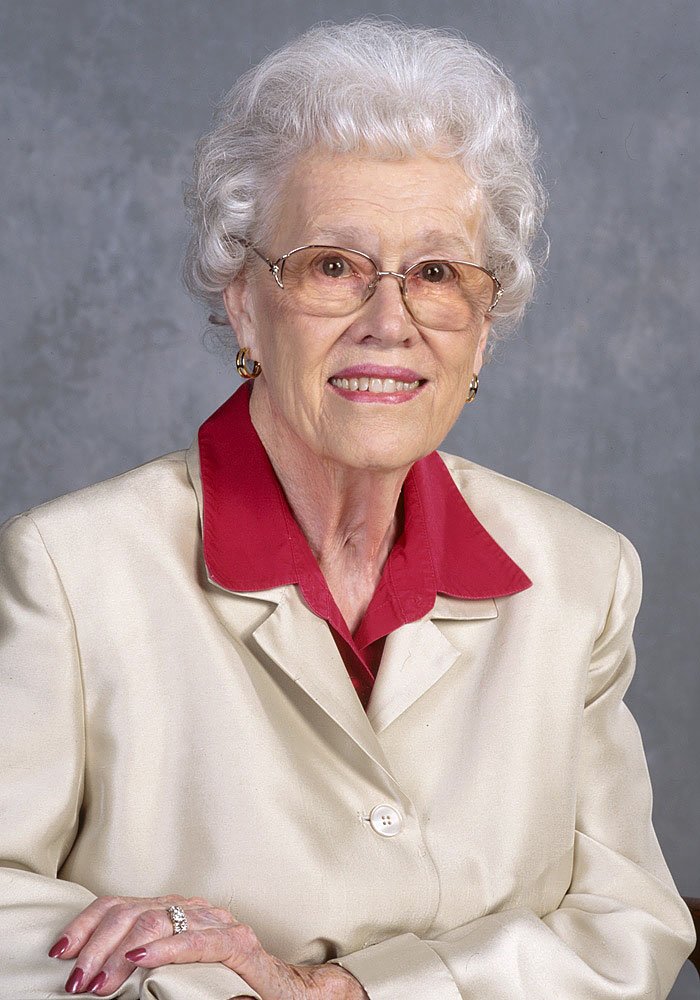 Awards given to Pat Walker in recognition of her philanthropy

• An honorary chairwoman for Komen Ozark Race for the Cure

Friends are invited to meet with the family from 5 to 7 p.m. Wednesday at Sisco Funeral Chapel in Springdale. A celebration of life service is set for 5 p.m. Thursday in the Springdale High School Performing Arts Center.

Pat Walker and husband Willard were the embodiment of what makes a community great, said Jim Rollins, Springdale School District superintendent. Walker Elementary School is named after them. Springdale High School is home to the Pat Walker Theater and the Willard Walker Field House.

"They are the greatest examples of givers one might imagine," Rollins said.

Rollins said it was an honor for him to go to their home, sit at their kitchen table and talk about opportunities to give back and strengthen the community, he said.

"They always said to me when we were talking about school initiatives, 'We just want to help,'" Rollins said. "They were always thinking about how they could give back."

Pat Walker was born in Boise, Idaho, but was raised in Tulsa, Okla. After graduating high school, she and her mother moved to Coffeyville, Kan., where she met her husband Willard Walker. The couple lived in several different places before settling in Springdale to raise their two children, Johnny Mike Walker and Patricia Walker, according to a news release from the Willard and Pat Walker Charitable Foundation.

Willard Walker, who spent much of his adult life working in retail, was selected in 1959 by Sam Walton to manage Walton's Five and Dime Store in Fayetteville. He later became a major stockholder in Wal-Mart.

The Walkers in 1986 formed the Willard and Pat Walker Charitable Foundation. They made the decision together to focus on healthcare and education in their community and state, according to the foundation. The Walkers were married 61 years when Willard Walker died in February 2003 at age 81.

Pat Walker's legacy will live on through her family and the thousands of others she called her friends, her family said in a statement.

"We have all been blessed to have such an amazing leader for our family," the family said. "She was the most loving, graceful and selfless woman we've ever known."

Pat Walker was a lifetime board member for the Winthrop P. Rockefeller Cancer Institute, was an active member of SpringCreek Fellowship of Springdale and maintained an active role in the Walker Foundation, according to the foundation.

"She was just so kind and gracious," said Tim Hudson, of Fayetteville, who got to know Pat and Willard Walker through his 20-year career in fundraising in health care. "I hope we continue to produce people who have that compassionate spirit and unassuming nature."

Pat Walker was a loyal Razorback fan and enjoyed the games, especially football, baseball, basketball and gymnastics, according to the foundation.

"This is a great loss for Arkansas, as Pat Walker and her family have made such an impact in so many aspects of the state, both in the business world and in their philanthropic contributions," said University of Arkansas System President Donald Bobbit. "She will be deeply missed."