Icelandic leader to step down 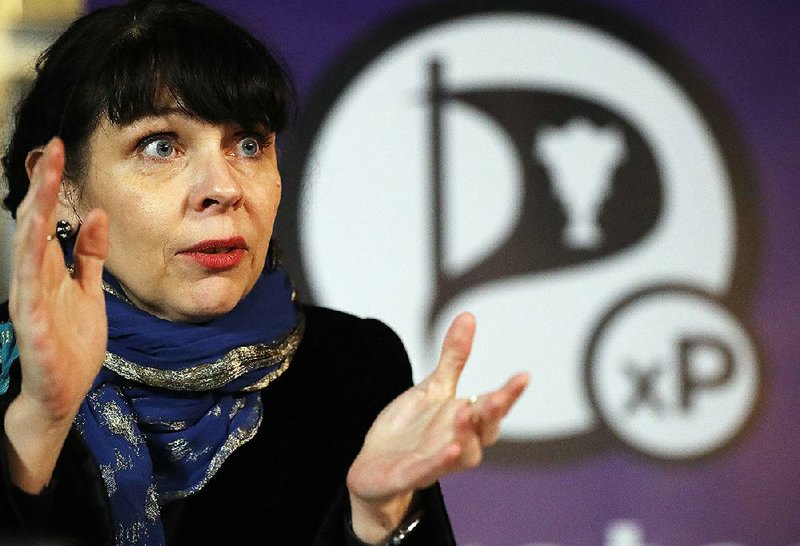 Birgitta Jonsdottir of the Pirate Party speaks Sunday at a news conference in Reykjavik, Iceland.

REYKJAVIK, Iceland -- Iceland's prime minister announced Sunday that he would resign after the insurgent, anti-establishment Pirate Party capitalized on a wave of anger over corruption to come in third in the country's general election. 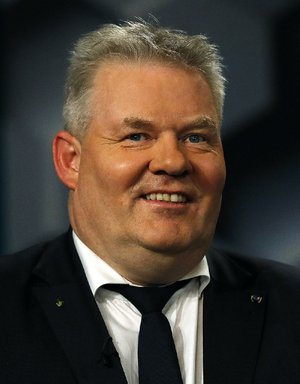 Prime Minister Sigurdur Ingi Johannsson said on national television that he would hand the president his resignation so that a new government can be formed. Johannsson's center-right Progressive Party saw its share of seats in the 63-seat Parliament fall from 19 to eight.

Johannsson's predecessor as prime minister, Sigmundur David Gunnlaugsson, was forced from office in April under accusations of conflicts of interest after revelations in leaked documents, known as the Panama Papers, of the hidden wealth of the country's elite. The papers showed that Gunnlaugsson's wife owned an offshore firm -- news that helped lead to the calling of Saturday's vote.

The outcome of the Saturday election more than triples the number of Pirates in the country's Parliament from three to 10. The Pirate Party, a movement of anarchists and hackers that didn't exist four years ago, first entered Parliament in the last election in 2013.

The Pirates, an offshoot of an international movement launched in Sweden, had campaigned on a platform of direct democracy, transparency and turning Iceland into "a digital safe haven, the Switzerland of bits." The party's leader, poet Birgitta Jonsdottir, is a former ally of WikiLeaks who has called on Iceland to offer citizenship to U.S. National Security Agency leaker Edward Snowden.

But voters stopped short of putting the Pirates in a position to govern, opting instead to give the conservative, pro-business Independence Party another shot to lead a country that was turned upside down by the 2008 financial crisis. The Independents had argued that the Pirates were a danger to the country's economy, which has recently found its footing thanks to a tourism boom.

The Independence Party, which has been in a governing coalition with the pro-farmer Progressives for the past three years, came in first with 21 seats, up from 19 in the last election. But the Independents will struggle to form a new coalition after the Progressives lost more than half their seats.

"The [Progressive] party that, to my knowledge, was most responsible for the ongoing crisis, and the scandals and scams, is mostly out, and that is progress, and that is great," said Reykjavik voter Evard Ingolfsson, 23.

Four-fifths of the country's quarter-million eligible voters -- a turnout less than the voting-age population of Arkansas' Pulaski County -- chose from among 12 parties to govern the nation. The Independents' total nearly doubled the vote of their next-closest competitor, the Left-Green Movement, which won 10 seats.

But the Left-Greens, the Pirates and two allies won 27 seats, just short of the 32 required to command a majority in Iceland's Parliament, the world's oldest.

That leaves the left-leaning group looking at an alliance with Vidreisn, or Renewal, a liberal pro-European Union party formed this year that won seven seats on Saturday. Renewal has ruled out joining a coalition with the current governing establishment parties.

In the 2000s, Icelanders binged on credit, some becoming billionaires overnight. By 2006, the average Icelander was 300 percent wealthier than he was three years earlier.

When the financial crisis hit in 2008, Icelanders were plunged into debt and banks racked up losses of billions of dollars, many times more than the size of Iceland's economy.

The economy has since recovered, but public anger still runs deep.

"We are a platform for young people, for progressive people who shape and reshape our society," Jonsdottir told Agence France-Presse. "Like Robin Hood, because Robin Hood was a pirate, we want to take the power from the powerful to give it to the people."

Pirate lawmaker Jonsdottir said the party was buoyed by the election result, and would continue its drive to curb corruption.

"We're very happy that we actually managed to get this far by being so totally different," she said. "We are an innovative party that is trying new methods, and we took a lot of risks in order to stay true to ourselves.

"So the people that actually voted for us are really Pirates in their hearts."

Information for this article was contributed by Griff Witte of The Washington Post; by Kimiko de Freytas-Tamura of The New York Times; and by Jill Lawless of The Associated Press.