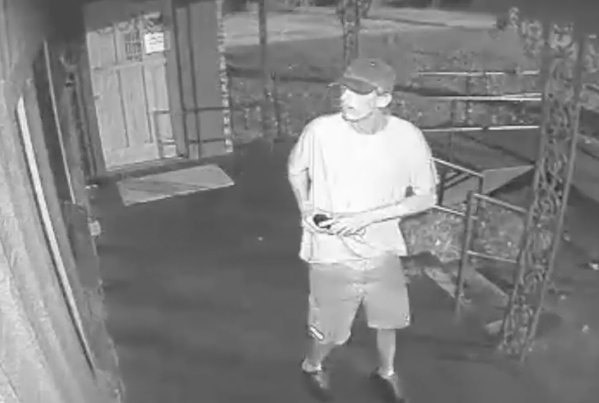 A still shot from surveillance video showing one of the people Fort Smith police think vandalized a local mosque.

Fort Smith police are looking for three people who they say spray-painted profanities on the outside of a mosque, department spokesman Sgt. Daniel Grubbs said.

Police were alerted to vandalism at the Masjid Al Salam mosque at 8501 S. 28th St. first thing Thursday morning, Grubbs said. Based on surveillance footage, police are searching for three people who wrote phrases like "Go home" on the windows and on a door of the building.

Police circulated a still shot from the footage hoping to identify a white man in a baseball cap who is seen painting something onto the mosque wall.

Members of the place of worship could not be reached for comment.