Pagnozzi Charities makes sure everyone gets in the game 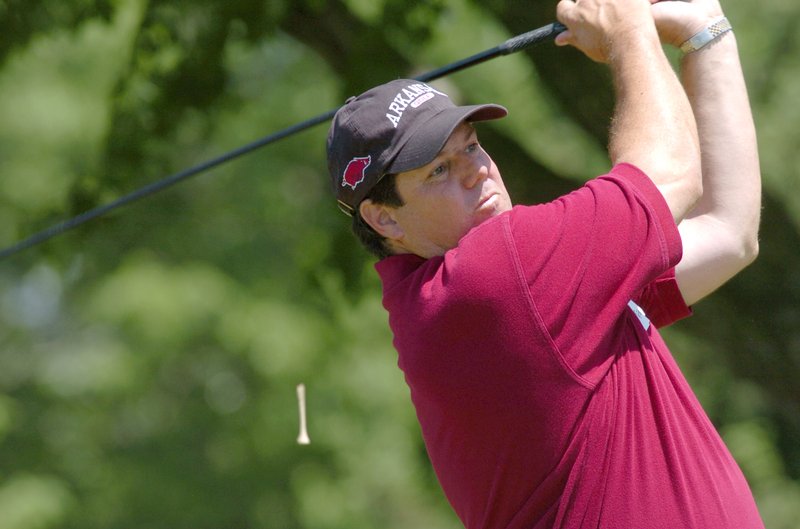 Tom Pagnozzi, chairman and founder of Pagnozzi Charities, knows a little something about competitive sports. The former Major League Baseball catcher played 12 seasons for the St. Louis Cardinals, winning the Rawlings Gold Glove Award in 1991, 1992 and 1994.

Prior to his time with the Cardinals, Pagnozzi played for the University of Arkansas Razorbacks under Coach Norm DeBriyn, of whom he remains a great fan.

"I learned to catch from Coach," he says. "I am indebted to him. We became great friends. I admire the person that he is and the following that he has. He was always more interested in you as a person. He has a tremendous amount of friendship with his players: Players call him and come and visit him all the time. He is a deacon at his church and was a coach for 34 years, so he impacted a lot of kids' lives. He is a tremendous, remarkable person."

So when Coach DeBriyn called him up 25 years ago to ask for help injecting new life into a golf tournament created to raise money for the Razorback baseball team, Pagnozzi was eager to help his former mentor.

"It was for baseballs and batting machines -- just different things that their budget didn't take care of," Pagnozzi says. "Coach DeBriyn asked me if I would put my name on [the tournament]. You know, I'm playing in the big leagues in St. Louis, and I'm kind of a name, [so] I said, 'Sure, Coach, I would be more than happy to, but you know, I want to be involved in it. Let's take this and make this a first class deal.'"

Pagnozzi says the two developed the golf tournament into a popular, successful event that supplemented the baseball team's budget -- until the UA decided to increase funding to the team.

"When the University made a commitment to baseball, that kind of changed the foundation of [the event]," he says. "Not that we weren't needed, but [the baseball team] had a much, much bigger budget at that point. I mean, I think it almost doubled overnight.

"So it was great for the University, but we had this foundation going and thought, 'Well, what do we do with it? Do we just close it?'"

Pagnozzi credits Pagnozzi Charities Board Members Ted Wade and Gary Head for the idea of using the organization to help youth in the region, starting in 1999.

"They said, 'You know, we have such a need in Northwest Arkansas, and we're all sports people, so let's do sports.' I was coming here visiting Northwest Arkansas [for years]. I would come and visit for three or four days, and I always saw the good, you know. I would go to a baseball game or a football game, [but I] never saw the bad. When we started [looking for the new direction of Pagnozzi Charities], it was Gary Head, I think, who said, '38 percent of the kids in Northwest Arkansas are on free or reduced lunch.' That number, for where we are, it just seemed so incredibly high to me, and it shows that there is a need for help out there."

Pagnozzi had an idea for helping those kids in need.

"[Studies show that there is] less chance for alcohol use, for tobacco use, and teen pregnancies are lower" in kids who play organized sports, says Pagnozzi Charities Executive Director Kelly Atchley.

In fact, a 2015 study found that "participation in extracurricular activities is associated with positive youth outcomes such as higher education attainment and greater future earnings." Unfortunately, high registration and equipment fees put these beneficial activities out of the reach of some poverty-stricken Northwest Arkansas children.

That's where Pagnozzi Charities comes in.

"We have some kids that play football, basketball and baseball," says Pagnozzi. "We don't want to say, 'Well, you can play this sport but not that one.' We're trying to help that kid that wants to do it [all]."

Atchley says they have been able to help nearly every child who has applied for assistance.

And they've done it all, by and large, through a grassroots effort. Atchley says while they do receive some assistance from grants, the majority of funding comes from events and personal donations from community members.

Pagnozzi Charities will celebrate its 25th anniversary on October 21 with the annual golf tournament, and on October 22 with the Ultimate Tailgate and Auction Event.

"It's definitely a tailgating party atmosphere," says Pagnozzi. "We want it to be casual. We're going to have fun."

"I've been telling people they can wear their Razorback tailgating attire if they want to!" says Atchley.

The highlight of the event will be a performance by third-place contestant on The Voice and Arkansas native Barrett Baber. This is the second year Baber has performed at the event.

"He's our style," says Pagnozzi. "He's very open. He got up and jumped on the table ... he's very personable. You're going to be able to talk to him -- he's not just going to run out there and sing a few songs and disappear."

The Saturday event will also feature live and silent auctions, which will include valuable sports memorabilia.

"I'll have some jerseys," adds Pagnozzi. "I'm going through my collection. I'm going to throw some stuff in there."

Another highlight of the Saturday event will be the presentation of the new Pagnozzi Make a Difference Award.

"That's going to go to a coach that has gone above and beyond [in] making a difference in these kids' lives," says Atchley of the award.

"I'm very proud," he says. "We're a small, local organization that's lasted 25 years. We get no national funding. What we raise -- what people donate -- is what we spend. From that standpoint, I think it's neat that we've lasted that long.

"We don't advertise what we're doing [for these kids]. But, every once in a while, I have a kid walk up to me. I could be at the Boys and Girls Club, watching football or at Walker Park, and a kid will come up and thank me. We've had kids go on to play high school and college sports that we helped. We're not looking for pats on the back, that's not why I'm doing it.

"We're doing it so that we can contribute to our area and make it better."

Print Headline: Pagnozzi Charities makes sure everyone gets in the game