911 operator accused of hanging up on thousands of calls 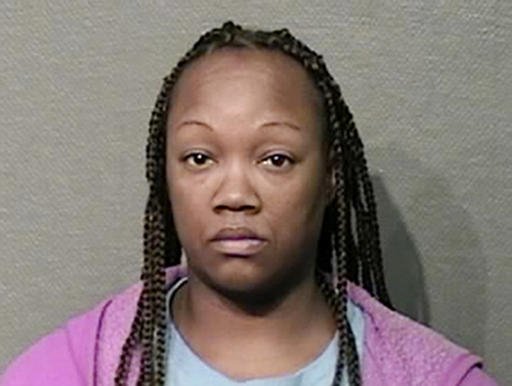 HOUSTON — A Houston 911 operator accused of hanging up on thousands of emergency calls is charged with two counts of interference with an emergency telephone call.

In one incident, Williams hung up on a caller reporting a robbery in progress at a convenience store. The man called back and spoke to a different operator, but by the time police arrived, the store manager was fatally shot.

A security guard called 911 on March 13 to report two motorists driving recklessly at high speed on a Houston freeway. Police said Williams was the 911 operator and cut short the call before the caller could provide his name.

According to a recording of the call, Williams hung up then said: "Ain't nobody got time for this. For real."

AP could not reach Williams for comment; her phone number is not listed and online court records don't list an attorney to speak on her behalf.

Police said when Williams was questioned in June, she told them she often hangs up on calls because she didn't want to talk with anyone at that time.

One caller, Buster Pendley, said Williams hung up on him March 1 when his wife collapsed and lost consciousness. Pendley said he tried to perform CPR on his wife with one hand while calling 911 with the other.

"The 911 operator answered the phone, and she said, 'This is Crenshanda, may I help you?'" Pendley recalled. He told her his wife had passed out and needed an ambulance, the operator said OK then hung up.

He got help after a second 911 call and his wife, Sharon Stephens, survived, but the experience still makes her angry.

"I would have gotten from my hospital bed and gone to 911 and find out who did that to me," she said.

If convicted, Williams could be sentenced to up to a year in jail and $4,000 fine for each count.