State Rep. David Hillman of Almyra announced his switch to the Republican Party on Tuesday weeks after being re-elected to his third term as a Democrat, solidifying the GOP's "supermajority" control of Arkansas' lower house.

Republicans picked up nine seats in the 100-member House on Election Day and then padded their lead the next day when then-Democratic Rep. Jeff Wardlaw of Hermitage announced his party switch.

With Hillman's announcement, Republicans now control 75 seats in the House and have the three-fourths majority needed to pass appropriations bills without any support from Democrats. The Democrats narrowly avoided having Republicans pick up a supermajority in the Senate, where they control 24 of the 35 seats after picking up two on Nov. 8.

“After much prayer, thought, and consultation (and a few sleepless nights) in order to better represent the changing political views of the people in our district, I have decided to change my party affiliation to Republican," Hillman said in a statement. 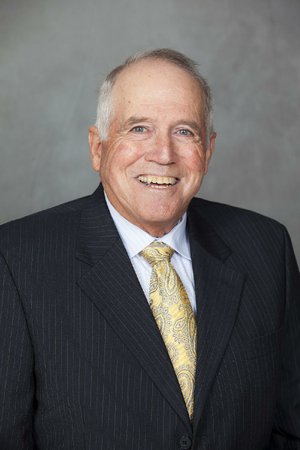