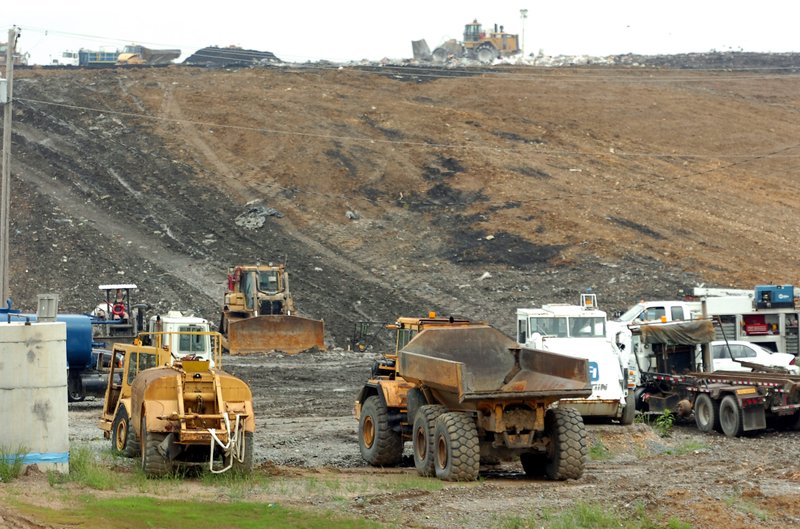 Little Rock city directors have been considering filing a nuisance complaint against BFI Landfill over strong odors, namely an overwhelming smell of diesel coming from the landfill.

BENTONVILLE -- A disagreement over the division of solid-waste fees prompted Benton County officials to ask that part of state law be declared unconstitutional.

Under Act 1376 of 2001, the Arkansas Department of Environmental Quality is charged with developing a new comprehensive statewide solid waste management plan every 10 years and establishing minimum requirements for the development of new plans by the state’s 18 regional solid-waste management boards. The plan anticipates needs and addresses ways to reduce landfill disposal and provide appropriate solid waste management service to all Arkansas residents.

Wendy Cravens, director of the Benton County district, said the aim of the lawsuit is to clarify the law. Cravens said a district with a landfill like Boston Mountain can receive fees paid by residents of another district without providing any service to those people.

"We're not actually trying to sue Boston Mountain," Cravens said. "We're simply trying to clarify the law. We don't believe the law as written is constitutional."

"If a city has a wastewater treatment plant and someone else wants to use it, there's going to be an additional fee," she said.

The Boston Mountain District does not pay fees directly to the landfill, which is owned and operated by Waste Management Inc.

The lawsuit claims the proposal will damage the Benton County district. It asks for the law allowing the division of fees to be declared unconstitutional and for an injunction to have the fees held in escrow until the lawsuit is decided.

Jackie Crabtree, chairman of the Benton County district's board of directors, said he thinks the dispute can be resolved, but not with the agreement proposed by Boston Mountain.

"They're wanting a larger portion than what we feel is necessary," Crabtree said. "There wasn't any discussion from them to us about this. It was pretty much 'Here's what we want.'"

Crabtree said the Benton County district filed the lawsuit to allow the district to continue offering services -- from recycling to waste disposal -- the money from the fee pays for. He said there should be room to compromise, but not if one district can unilaterally set the terms of an agreement.

"I think we'd pretty much be forced to do what they ask us to do if the state law is upheld." he said. "I agree there needs to be a fee, I just don't know what the fee needs to be. I totally agree we need to pay for our usage of the landfill. To me, that's not an issue. What their fair share is, that's what we're arguing about."