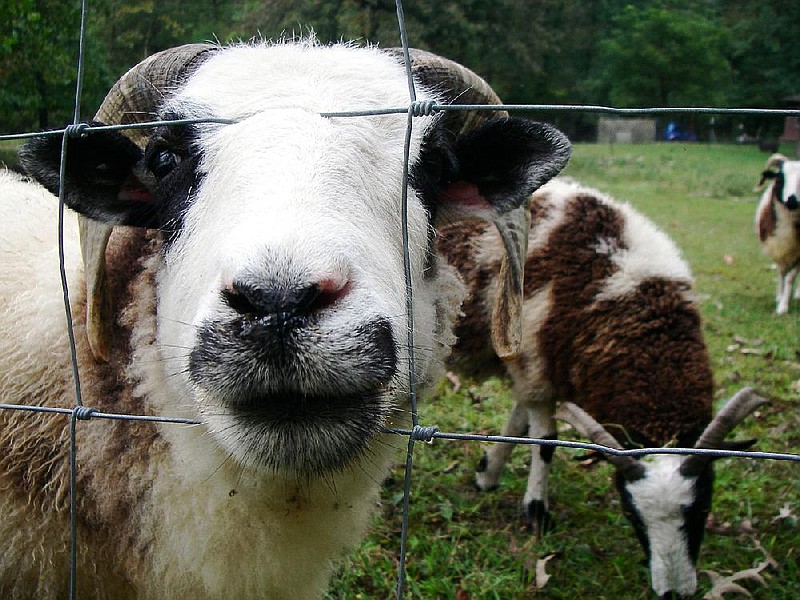 Jacob Sheep, once native to the Holy Land, are returning to Israel thanks to the efforts of a Canadian couple. The sheep are named for the biblical patriarch.

Over thousands of years, they wandered from their homeland in the Middle East to Europe and finally traveled to North America, bound by a shared history and rigid dietary restrictions.

But these nomads do not keep kosher. They are kosher.

Known as Jacob sheep, named for the biblical patriarch who, according to the Book of Genesis, selected the "speckled and spotted" ruminants as wages from his father-in-law, the woolly animals are set to make their own return to the Holy Land -- from Canada, of all places. Their passage marks the resolution to an odyssey that blends the agricultural passions of two millennials with a spiritual devotion that has spanned four millenniums.

On a small farm 43 miles east of Vancouver, British Columbia, Gil and Jenna Lewinsky, an Israeli husband and wife, are raising around 130 Jacob sheep, which they plan to take to Israel this year on a specially fitted plane with all the pomp that would be expected to accompany the return of a lost tribe.

Indeed, the flock consists of some of the last heirloom Jacob sheep on Earth, and the Lewinskys hope their zeal for the rare breed will help enhance Jewish religious and environmental understanding for generations to come.

Enthusiasts, citing Scripture, claim the sheep followed the Israelites to ancient Egypt and then spread out across the ancient world.

Moorish traders took them to Spain, where British merchants took a fancy to the colorful breed and imported the sheep for meat and wool, according to the Jacob Sheep Society, a British breeding organization. About 120 years ago, the sheep disembarked in Canada and some were sold to zoos, which preserved the flocks far better than the mixed breeding that occurred in the United Kingdom.

Fast forward to 2014, when a chance meeting between the Lewinskys and a Canadian Jacob heritage farmer sparked something akin to divine inspiration. Once the Lewinskys discovered that the sheep were long extinct in Israel, they took it upon themselves to learn how to raise the animals in order to bring them back.

"We were not born shepherds," Jenna Lewinsky, 31, said from her home in Abbotsford, British Columbia. "We had to learn everything from scratch." They were not farmers, either: She had worked for the Israeli foreign ministry, and her husband, also 31 and a Canadian citizen, had been a journalist for The Jerusalem Post.

While they were receiving a crash course in animal husbandry from farmers and a veterinarian, Jenna Lewinsky asked the Israeli Embassy in Ottawa to aid their mission. But like the Israelites' epic return from Egypt, getting the animals to the Middle East has taken much longer than expected.

Canada and Israel have long had deep agricultural ties relating to plants and food technology, including a robust trade in chickpeas from Saskatchewan that grace Israeli plates as hummus. But the two countries did not have any agreements for livestock, prompting Israel's agriculture ministry to oppose the plan, according Eitan Weiss, a spokesman for the Israeli Embassy.

After a strong push by the embassy, led by Ambassador Rafael Barak, who witnessed the birth of a Jacob lamb at the Lewinsky farm, the Israeli government relented last year.

"It's a Jewish value to conserve animals, repair the world and bring back this lost heritage to the Jewish family," Gil Lewinsky said.

But even as the Lewinskys prepare to resettle their flock on a heritage farm in northern Israel -- for educational and scientific purposes only -- the Israeli Embassy is perhaps more excited that the sheep cleared the way for a broader bilateral agricultural agreement.

"The small stone created such an avalanche," Weiss said. Still, he expressed relief that the animal at the biblical heart of it all was relatively easy to deal with. "Thank God crocodiles weren't mentioned."