States get tutorial on shift away from No Child Left Behind 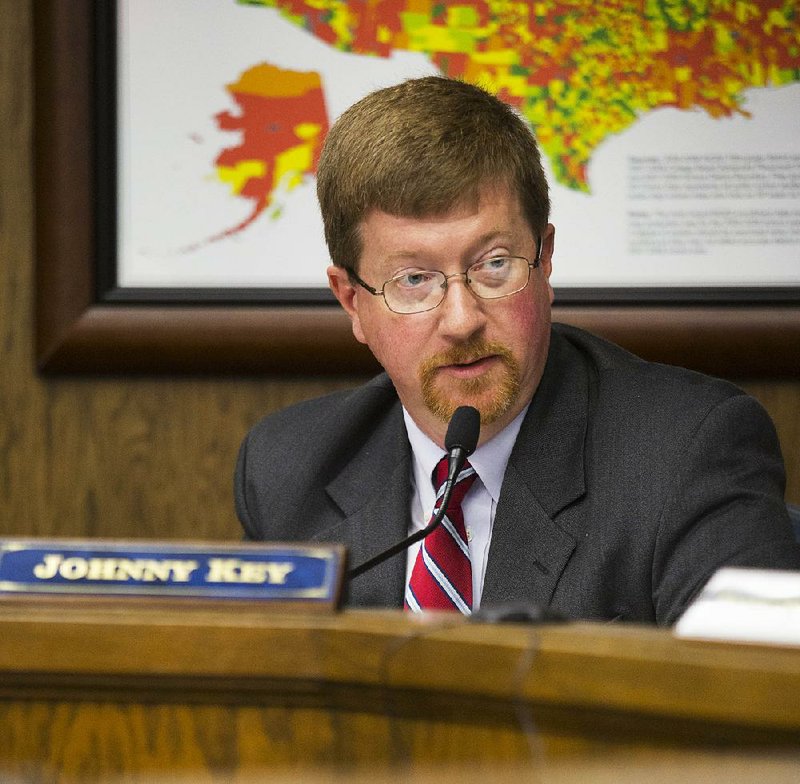 States are developing plans, scheduled to be finished next year, to begin the transition from operating under the No Child Left Behind law to the Every Student Succeeds Act.

Plans are to be submitted to the federal government for review in two waves -- the first, in March, and the second in June 2017, said Kris Amundson, National Association of State Boards of Education executive director.

"The states are going to have to be the laboratory of democracy on this," Amundson said.

She made the comments at a two-day regional National Association of State Boards of Education conference held at Little Rock's Central High School historic site. The conference ended Saturday. Amundson made a presentation clarifying points of the law, which President Barack Obama signed at the end of 2015.

Arkansas is just starting its planning process, as state education leaders across the nation puzzle through the practical implications of the new law, said Jay Barth, president-elect of the association. Barth serves on the Arkansas Board of Education, and the conference was his fourth time to hear a presentation explaining the new federal education law.

"We are in a tremendous transition," said Johnny Key, Arkansas commissioner of education, on the first day of the conference.

No Child Left Behind, passed in 2001, increased federal power over the education system. It standardized testing for students, and schools that did not reach set goals were subject to sanctions.

"This isn't a rehash of No Child Left Behind," Key said. "This is taking each student where they are, meeting them where they need to be."

States will set challenging content standards in reading, math and science, but can choose other areas in which to create guidelines, Amundson said.

There will also be more opportunity given to states to determine what kinds of tests students should take.

The main difference between the old and the new law is the kinds of testing.

The new law allows states to choose to give one cumulative test or to spread the testing out throughout the year. It also allows for creating new performance-based tests or letting local schools decide to use a nationally recognized test -- such as the ACT -- in lieu of state-developed tests, according to the presentation.

"I don't think there is a perfect approach, but it's worth a shot," Amundson said of the change in testing.

The use of subgroups in evaluating student performance, as established under No Child Left Behind, will continue. Three subgroups will consist of children in military families, homeless children and children who are learning English. The military and homeless subgroups are new additions, Amundson said.

The Every Student Succeeds Act "is in many ways more reliant on the notion that if policymakers have good, current data, they can make better decisions," she said.

Setting progress goals for each subgroup will help states keep themselves accountable for those groups. Student performance and high school graduation rates have to be measured as another part of this data collection, Amundson said.

High schools with graduation rates below 68 percent, schools with "very low-performing subgroups" and the lowest-performing 5 percent of Title I schools will be identified for "Comprehensive Support and Improvement," according to the presentation.

This means that such school districts will be required to develop improvement plans, which the state will approve and monitor.

Arkansas has begun gathering "year-out data," meaning that schools are tracking where students are a year after graduation, Key said.

"Our goal forward is, for each student in Arkansas, we want them to be actively engaged a year out from graduation in a career field, college or the military," Key said.

Amundson said other states' board members should consider imitating Arkansas' process in devising their new education plans in coming months.

Under the new law, state plans will be formed with the input of state boards of education, teachers, principals, charter school leaders, parents, school personnel and others, according to the presentation.

"In some states this is moving along just beautifully, and in some, you would be hard-pressed to see where that consultation is going on," Amundson said.

No Child Left Behind required each instructor to be a "highly qualified teacher," a requirement that is eliminated under the new law, according to the presentation.

That provides more opportunity for people who have professional experience, particularly in the arts, to work as teachers in a classroom, Amundson said.

Teaching qualifications must be monitored by the states, along with any teacher evaluations, she said.

States no longer have to abide by existing teacher evaluation methods, and student test scores do not have to be a part of the evaluations, according to the presentation.

Key said it may be difficult to get school and community leaders out of the "check the box" mentality that No Child Left Behind created and into the creative mind-set encouraged under the new law.

He said Arkansas is going to work "to lead the nation in student-focused education."

Print Headline: States get tutorial on shift away from No Child law