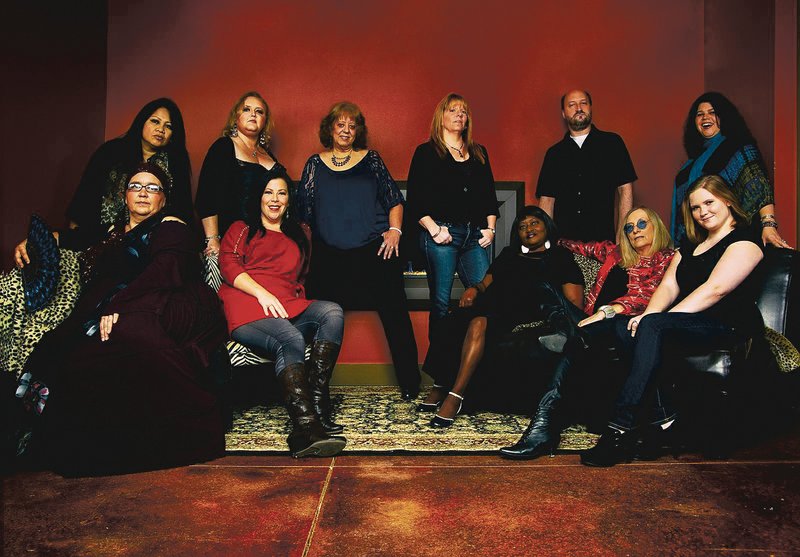 Courtesy Photo The Divas on Fire brings together local women musicians (and the occasional &#8220;divo&#8221;) to form a blues super group. They will perform at the Botanical Garden of the Ozarks for the second free concert of the summer.

An Arkansas July is hot, but divas are hotter. You could even say they're on fire.

The Botanical Garden of the Ozarks will host the Divas on Fire on the great lawn Tuesday for the second free concert of the summer. The summer concert series is a special program at BGO aimed at bringing the community together to enjoy the basics: being with friends and family, in nature, listening to good music.

WHERE — Botanical Garden of the Ozarks in Fayetteville

"I love being outside, I actually prefer to play outside," says Rachel "Brick" Fields, a member of the Divas. "I can't wait to see the flowers. I've never been [to the Botanical Garden] before so I'm really excited! It looks really beautiful. I'm hoping to bring my girls and get to walk around."

Bringing together a few local legends and well-known blues artists from other local bands -- like Fields of Brick Fields, Dawn Cate of Dawn Cate and the Rhythm Kings, plus more than half a dozen other musicians -- the Divas began making waves on the Arkansas blues scene when they won the Ozark Blues Challenge last year. The win earned the women a ticket to the International Blues Challenge in Memphis in January. Since then, Fields says the women have been working toward producing a new CD and playing more regional shows.

"I love these girls, and I love working with them. It's been a lot of fun lately, and we've been getting real creative. I'm looking forward to working on new music -- to writing with a bunch of women. I've never done that before."

Fields adds that the traveling allows the women to bring in other artists and friends when a band member or two can't make the trip -- a fun perk of the group.

"We miss each other when we're not there, but it kind of gives us the opportunity to invite other players to join us. There's always plenty of women out there ready and willing to play," she says. "The goal is to get out there on the festival circuit and play with as many female artists as we can. We've got our eyes and hearts set on playing with people in [the regional] area."

This is the eighth year of the concert series, a program that hosts one concert a month in June, July and August. June's concert brought in the Arkansas Winds Community Concert Band and in August, Fayetteville rockabilly group The Silvershakers will perform. Besides giving families a reason to visit the garden later in the day, the program serves to support local musicians while exposing guests to different styles of music.

The Divas are a blues group, but the genre often includes so many elements, it can be hard to define it by just one label.

"We're all blues influenced, but we all have our different styles," Fields says. "Dawn is a great R&B singer, and Liz [Lottmann], her music is entertaining! Ocie [Fisher] is gospel influenced, as am I."

Guests can expect the Divas to play some of the original music they wrote for the competition in Memphis, but they will also be performing some favorite covers. Then it will be back to work on creating new original music.

"This might be the last [show] of the season," Fields says. "Which, what a great way to end it -- at the Botanical Gardens, outside! I like that."