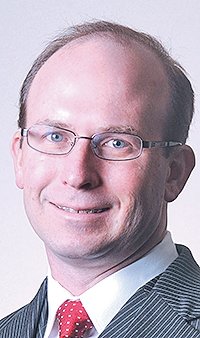 Disputes over a replacement candidate continued Monday within the Republican Party and between that party and the Democrats.

Republicans are on a tight schedule to replace Neal. They have until Aug. 10 under state law to submit the name of the party's substitute nominee to county election officials. Democrat Mark Kinion of Fayetteville will be the only candidate named on the Nov. 8 ballot otherwise.

Before the GOP can name a nominee, it must hold a convention under state law to pick one.

Exactly who can participate in such a convention is being challenged by former county GOP Chairman Jim Reavis of Fayetteville. He contended Sunday a recent attempt to update rolls of the county's Republican committee is an attempt to influence the convention. He maintains membership in the committee and eligibility to participate in any convention are linked.

Neal announced his intention to drop out of the race June 30, citing family and business reasons. He said early Monday afternoon he leased a house in Benton County over the weekend. That will render him ineligible to run and eligible for replacement under state law, since he's moving out of the county.

"I will be moving to Benton County at the beginning of August 2016. Therefore, I will not be eligible to fulfill the requirements of the position," his letter says.

Washington County Democratic Chairman Tyler Clark of Fayetteville said family and business reasons initially given by Neal aren't sufficient to allow a replacement under state law, and Democrats will challenge the replacement process.

State law only allows a replacement to be named if the nominee dies, drops out of the race because of severe illness or no longer lives in the district. Neal announced the move to Benton County only after Democrats challenged whether he could be replaced, Clark said.

Within the Republican party, Johnson sent out letters to about 90 people on the county committee's roster earlier this month who had not attended or submitted a proxy to at least three monthly committee meetings in a row. Under state party rules, a committee member must either attend a meeting or vote by proxy to remain an active member with full privileges.

Reavis claimed Sunday county party leadership is trying to exclude members it doesn't want from the county committee and, in the same move, from the convention that will pick the county judge nominee.

"If you're not a member of the committee, you can't vote at the convention," Reavis said Monday, adding he expects to take the dispute to the state party level.

Tom Lundstrum Jr. of Elm Springs agreed with Johnson's view. Lundstrum is a former Washington County election commissioner, a long-standing member of the county's Republican Party and current chairman of the rules committee of the Republican Party of Arkansas.

The convention meets after the primary every election year and at the call of the county chairman thereafter. The convention decides the most important matters before the party, such as picking replacement candidates. The committee derives its authority from the convention, Johnson and Lundstrum said. The committee meets monthly to oversee day to day operations of the party between conventions.

"The rules are really simple if you don't try to yank them around," Lundstrum said.

Doyle Webb, state Republican chairman, said late Tuesday night from Cleveland, where he was participating in preparations for the Republican National Convention, he was aware of both the county convention and that committee membership issues in Washington County. "The committee rolls have no impact on the convention," he said.

Washington County is one of the few that didn't adjourn its convention, formally known as a "sine die" adjournment in the spring, Webb said. That should eliminate any confusion about who is allowed to sit as a delegate, because a new convention will not have to be organized, he said. Anyone who was a delegate in March is a delegate now, he said, but will have to appear at the next meeting of the convention in person to vote.

Webb has received a copy of Neal's letter and will inform the governor today Washington County will need to replace its county judge's candidate, as prescribed by law, the state chairman said.