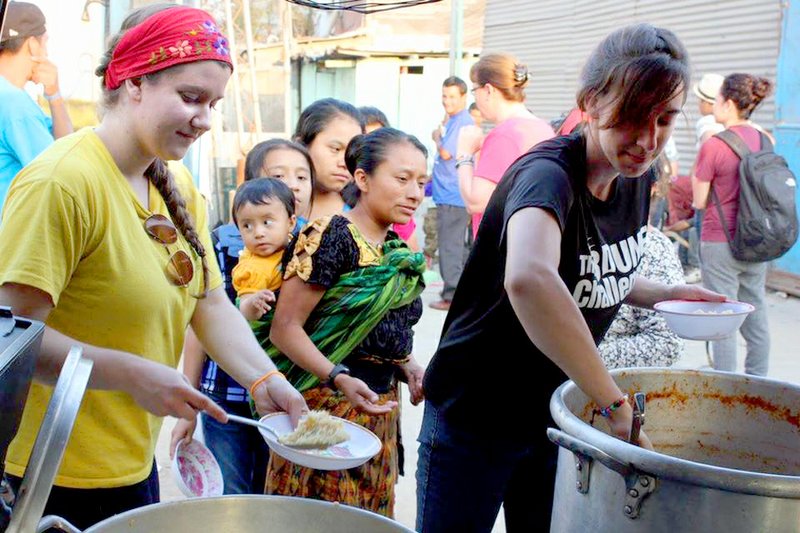 Dustin Chamberlain dreamed of becoming a doctor and helping people around the world as a medical missionary, but he could never have imagined the impact his life would have.

The college student was killed during a home invasion in 2011 while he was home on Christmas break from Baylor University in Waco, Texas, where he was majoring in pre-medicine.

His dream will be celebrated Saturay during his fifth Heavenly Birthday Event. The fundraiser begins at 5:30 p.m. at the Community Christian Fellowship church in Siloam Springs and includes a chili supper and baked goods auction. Money raised will support medical mission work in Guatemala and provide medical scholarships for students at Siloam Springs High School and Baylor University.

Dustin's parents Deondra and Don Chamberlain said their son stayed up late the night before his death, sharing his plans to become a medical missionary with his family. After his death, Dustin's family and friends started an organization called Dustin's Dream focused on establishing medical clinics in Third World countries.

"It's taken a tragedy -- ultimately a very bad thing -- and turned it into something very good," said Gary Comiskey, vice president of Dustin's Dream.

The organization founded the Heart of Love Clinic in Guatemala City, and partnered with Life of Hope Ministry in Joplin, Mo., to operate the clinic. The medical facility is located in the largest garbage dump in the world. It serves the people that scrape out a living in the dump. The clinic is continuing to expand, and this year Dustin's Dream is focusing on getting a lab up and running, Deondra Chamberlain said.

The board of Dustin's Dream also considers expanding to the city of Campur, located seven hours away from Guatemala City. The organization is exploring the possibility of a six- to 12-month pilot program that would establish a maternity home in connection with an existing clinic. The area has an extremely high mortality rate with deliveries, Comiskey said.

The established clinic in Campur, which provides free services, currently has three doctors that serve 66,000 people in 159 communities in the surrounding area, the Chamberlains said. Dustin's Dream hopes to help the clinic increase health education, provide a nutrition program and possibly help with pharmaceutical needs at the clinic. Dustin's Dream will be sponsor its first medical missionary trip to the clinic during spring break.

Dustin's Dream also has continued to make an impact on students in the United States who aspire to go into a medical field. The organization provided a total of 13 local scholarships in 2016, including two scholarships for students planning to become paramedics, two for students going into occupational therapy, six for nursing students, one for a dentistry student, one for a physical therapy student and one for an optometry student. It also presented a second scholarship to a Baylor University student.

"God has continually put opportunities in our lives," Comiskey said. "He's laid out a pretty cool plan... It's an amazing thing. We don't know how many lives will be touched."

More information about Dustin's Dream and the upcoming Heavenly Birthday event is available online at www.dustinsdream.net.