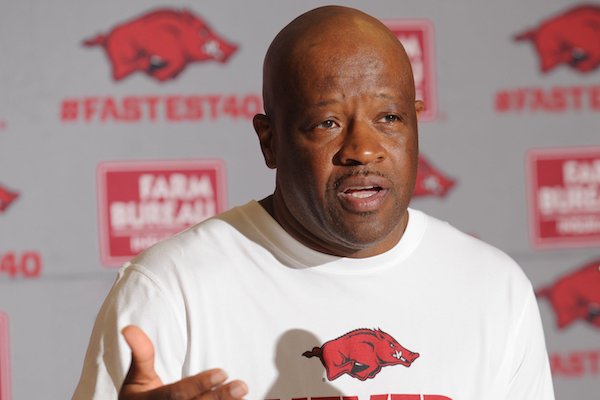 — People around here are familiar with Houston coach Kelvin Sampson from his time at Oklahoma.

— The Cougars are as good or maybe better than Minnesota.

— Houston scores 85 a game and is gritty like a Sampson team defensively. Hogs will have to guard the perimeter well. Cougars lead the nation in 3-point percentage.

— LSU hit a ton of 3s against Houston in a 19-point win over the Cougars.

— Houston has experienced guards. Cougars will try to attack Arkansas' pressure. They're one of the more athletic teams the Hogs will see this year.

— This series has been great, going back to the Phi Slamma Jamma days in the early 1980s.

— Houston gets good shots on offense. They've got older players who don't get rattled. Shooting better than 50 percent this year.

— Keeping Houston off the offensive glass and defending the perimeter are the two big keys.

—Jaylen Barford had six defensive rebounds against Houston, which led to fast-break opportunities. Getting stops leads to opportunities in transition and early offense.

— Adrio Bailey and C.J. Jones have earned minutes and produced when they've played. They can strengthen the bench, which has to be a big component of what they do.