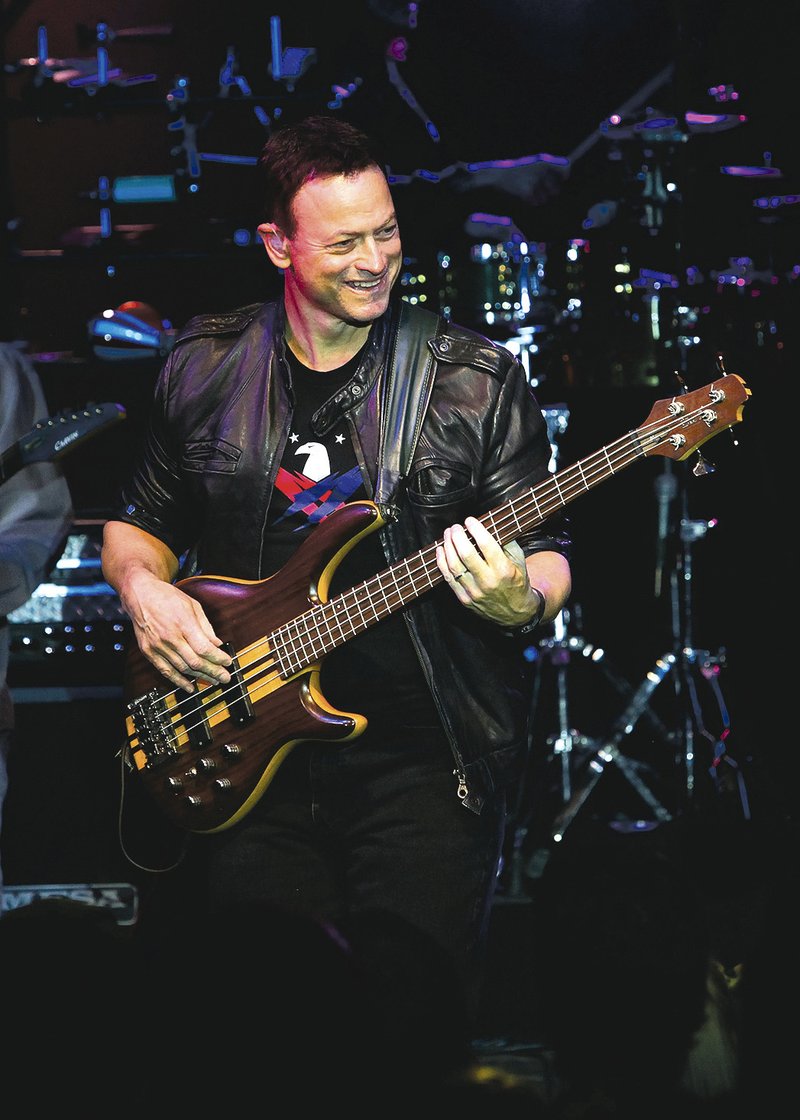 Proceeds from Gary Sinise’s concert at the Walmart AMP will benefit TAPS, a national organization supporting family members who have lost a loved one serving in the armed forces, and Gold Star Children, which supports children touched by the death of a parent who served in the military.

Lt. Dan may not have had any legs, but actor Gary Sinise -- who played Dan in the 1994 Oscar-winning "Forrest Gump" -- has two legs that work just fine. And he's bringing them to the Walmart Arkansas Music Pavilion on Saturday to perform with his band, The Lt. Dan Band. The concert is sponsored by Walmart, and proceeds from the show will benefit family members whose loved ones were killed while serving in the armed forces.

"There are more than 1,000 actively supported families engaged in the two programs (benefiting from the concert) in Arkansas, and this will be our first effort to provide financial support for that area," says Bonnie Carroll, president and founder of Tragedy Assistance Program for Survivors, one of the two non-profits selected to benefit from the proceeds. TAPS is able to provide long-term support and resources to families across the nation because of the generosity of citizens.

"A lot of people think we are a government agency or are run through government funding, but we're actually a nonprofit organization that is staffed by surviving family members," Carroll adds. "We are here to support families who have lost loved ones and those yet to come. It's that warm embrace for the families. When the military renders final honors, we offer immediate emotional support for the family."

The TAPS organization has a long and healthy relationship with both Sinise's military charity, the Gary Sinise Foundation, and with Walmart. Gary Profit, the senior director of military programs at Walmart, says the department organized the concert this year in conjunction with its annual honoring of Congressional Medal of Honor recipients.

"In the past we had a more formal event with [the medal recipients] so this year, we tried to transition from formal to fun," Profit says. "We've always wanted to find a way to bring the band here, and this concert was a way to do that and to share this experience with the community. One of the things we've learned is whenever we can share our guests with the community, we see the community's gratitude."

This will be the fourth year Walmart has brought recipients of the Congressional Medal of Honor, the highest US military decoration one can receive, to Northwest Arkansas. The events surrounding the veterans' time here primarily focus on their visits to local schools to discuss character development with the students by sharing their stories.

"I don't think we would be invited back into the schools if the [administrations didn't feel] this is having an impact on the development of the character of these young Americans," Profit says. "I don't think we can ever do enough to honor those who have served our country and those who have done it above the call of duty, which is the essence of what the Medal of Honor recipients have done. We want to raise them up and salute and honor them, and we want to do that for as many people as we can. And we hope everybody has a little bit of fun."

Of the 3,497 total recipients, 76 are still living -- 12 of whom arrived in Northwest Arkansas today. The veterans will be honored at the concert with Gary Sinise on Saturday, which will be one of several opportunities the community will have to show their gratitude to those veterans.

"Walmart's Greenlight a Vet program (the sponsor of the concert) was started last year as a way to raise awareness of supporting our veterans," Profit adds. "Even if it's just lighting one green light in your home, we're trying to raise awareness. There will be a meet and greet, if you will, with the medal recipients at the Bentonville square Saturday morning, and we'd like the community to come and join us at the concert Saturday evening. The more people that come, the more fun we'll have and the more money we can raise."