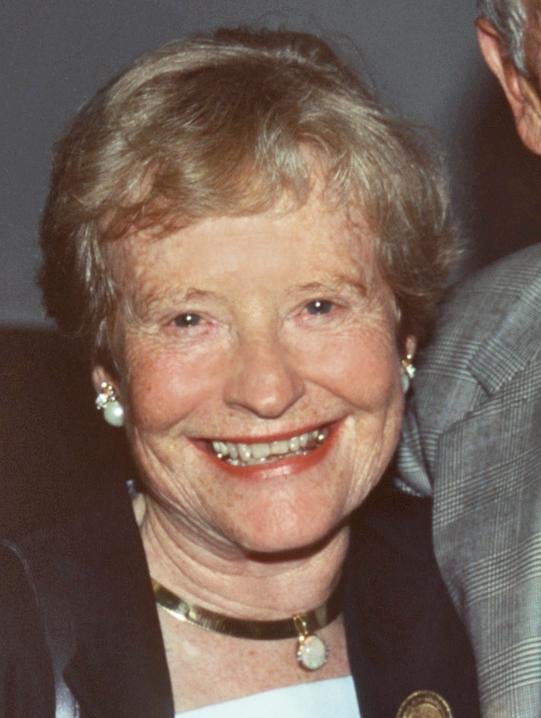 Bettye McDonald Caldwell, a pioneer in early childhood development whose research helped lead to the creation of Project Head Start, died Sunday at her home in Little Rock. She was 91.

Paul Caldwell, her son, said his mother had several medical problems but probably died of heart disease. He said she'd been in hospice care at home for the past two months.

Bettye Caldwell was one of the first researchers to recognize the importance of mother-infant interaction on the cognitive development of children in poverty. Her work with Julius R. Richmond inspired the creation of Head Start, which provides preschoolers from poor families with educational day care.

Bettye Caldwell was born on Christmas Eve 1924 in Smithville, Texas, in a house built by her father, a railroad fireman. Her parents were Thomas Milton and Juanita (Mayes) McDonald, according to the Biographical Dictionary of Modern American Educators.

A few years after Caldwell was born, her father lost his job during the Great Depression.

"We were very poor, unfashionably poor," Caldwell told a reporter for the Arkansas Democrat during a 1986 interview.

Still, she remembered having a "perfect" childhood and "adoring" school. Caldwell said she grew up with a lot of love and reinforcement. That positive attitude was evident throughout her life.

She was valedictorian of her high school graduating class and got a scholarship to attend Baylor University, where she graduated in 1945 with majors in psychology and speech (and enough hours in English to claim it as a third major).

While there, she met Fred Caldwell of Ashdown.

During her junior year at Baylor, she read a brochure on parent education put out by the University of Iowa. She wrote to the school and got a graduate assistantship in child study.

She earned a master's degree at Iowa in 1946 and went to Washington University in St. Louis to work on a doctorate in psychology. Fred Caldwell was in medical school there. The couple married the next year.

Bettye Caldwell got her doctorate in psychology from the Washington University in 1951.

After two years as an assistant professor of psychology at Northwestern University from 1953 to 1955, she returned to Washington University as director of its child evaluation clinic.

Meanwhile, Fred Caldwell graduated from medical school in 1950, spent two years in the Army and completed his residency in 1958. That same year, the couple had twins, Paul and Elizabeth.

Fred Caldwell's first professional position was at Upstate Medical Center in Syracuse, N.Y., so the family moved there.

Richmond was chairman of the pediatric department at the State University of New York College of Medicine at Syracuse (now Upstate Medical University).

The researchers found that children from low-income families developed well for the first 18 months of life, but after that, a lack of mother-child interaction often affected their cognitive development, she said.

Bettye Caldwell was a research associate in the Department of Pediatrics at Upstate Medical Center from 1959 to 1966.

At Syracuse, she set up the first infant day care in the country for children under three years of age. She told the New York Times in 2008 that she and Richmond had agreed to study only children already being cared for outside the home, so the researchers weren't separating infants from mothers.

President Lyndon Johnson announced the inception of Head Start on May 18, 1965, with Richmond as its first national director.

From 1966 until 1969, Bettye Caldwell was professor of child development and education and director of The Children's Center at Syracuse University.

Also that year, she established the Kramer Project at Kramer Elementary School in Little Rock. It was basically a day care attached to the school. It was the only program of its kind in the country. The project provided educational care, early childhood education and public elementary education for children ages six months through 11 years of age.

From 1969 to 1974, while working at Kramer, she was officially a professor of elementary education at the University of Arkansas in Fayetteville, although she was working in Little Rock.

In 1978, Ladies Home Journal selected Bettye Caldwell as one of its 10 Women of the Year.

Fred Caldwell died in 2004 after spending most of his professional life as a professor of surgery at UAMS. He was 78.

"I don't think that her impact can be overstated," Carpenter said of his aunt. "She helped people realize before it was really popular to do so that children have minds that are just waiting to absorb information and if we provide that information to them early then they have a vastly increased chance of living a productive life."

"Through her research, Bettye Caldwell helped pave the way for Head Start and other early intervention initiatives designed to help ensure that children born into any situation who are shown love and support can learn the skills necessary to succeed in life," said Anderson. "The Kramer School Project and her ground-breaking research brought national recognition to UALR and students from all across the country to study here."

Although heavily involved with the welfare of children, Caldwell was anything but one dimensional.

Thirty years ago, at the age of 61, she told the Arkansas Democrat that she wrote poetry and had a secret desire to go hang gliding.