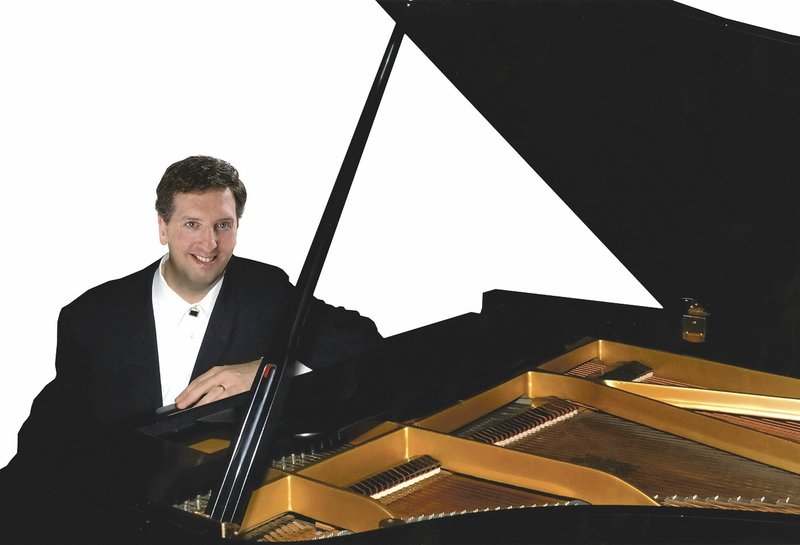 Jeffrey Biegel is currently on the piano faculty at the Brooklyn Conservatory of Music at Brooklyn College and will perform Saturday with the Arkansas Philharmonic Orchestra.

Pianist/composer/arranger Jeffrey Biegel has heard the same question all his life: What was it like to suddenly hear at the age of 3?

He explains it wasn't a complete surprise.

WHERE — Arend Arts Center in Bentonville

"I think I was able to hear a little bit. I wasn't totally stone deaf," he says, remembering dancing around the record player with his sisters. "Music was always a language I was able to relate to."

As soon as the successful surgery had been completed, Biegel pursued music, first listening to his oldest sister's piano lessons, then starting his own. By the age of 10 he was playing the classical catalog of Bach, Chopin, Beethoven and Liszt.

"It wasn't until I was around 16 and began to study privately with a teacher from the Juilliard School that the whole concept of sound and tempo and how to make the piano a choir or a symphony and how to draw the sound from the piano, that was when it started to change for me," he says. "It turned the facility I had with a keyboard into technique."

Since then, Biegel has found a special connection with music by living composers and has co-commissioned scores of new works with 68 orchestras at an investment of some $600,000.

"By doing all these pieces by living composers, it's made me feel closer to nonliving composers. I'm not treating them like these statues they are in my house. It's brought me closer to them as human beings and altered my interpretation of their music, given it more of a human element."

On Saturday, Biegel will perform with the Arkansas Philharmonic Orchestra, playing George Gershwin's 1925 Concerto in F. He will approach it exactly as though it were the debut of the piece of music.

"I've learned a lot about him and his music and listened to a lot of his own recordings," he says. I see him as great songwriter who also did some great orchestrations, and I've put that all together to come up with my interpretations. It will be approached with fresh hands and a fresh mind."