Bid to move up state's primaries shy in panel vote 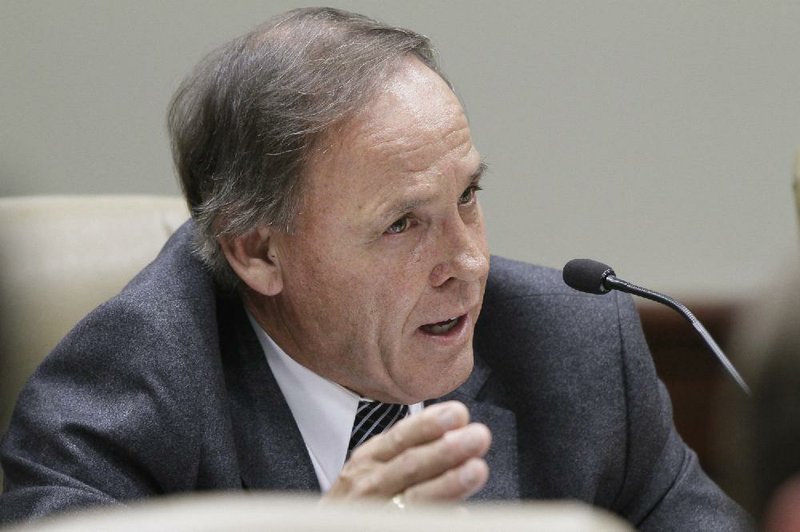 An effort to move up the state's primary elections to join other Southern state presidential primary dates failed in a Senate committee Tuesday afternoon.

But the sponsor of the bill to shift the state's primaries said he may ask the full Senate to extract the bill from the Senate committee today -- a rare move in a body that generally respects committee decisions.

Senate Bill 8 by Sen. Gary Stubblefield, R-Branch failed to pass the eight-member State Agencies and Governmental Affairs Committee after the four Democrat members voted against a move that would accelerate the election timetable in Arkansas.

A House version of the bill passed through the House State Agencies and Governmental Affairs Committee on Tuesday and will go to the full House today, the second day of the special session.

SB8 aims to move both the state's presidential and other primaries to March from May.

Supporters say it would help create the "SEC Primary" with other Southern states and that the earlier primary would bolster the role of the state and the region in the presidential primary process. The SEC is the Southeast Conference, an athletic conference that covers much of the south.

During the regular session, a similar bill died in a House committee after passing the Senate. It would have moved the presidential primary -- but not the primaries for other office candidates.

Stubblefield said that too often presidential primaries are decided by the time Arkansas voters get to weigh in, which he described as "frustrating."

"We have never really been relevant in the state as far as voting in a presidential race," Stubblefield said.

Democratic senators took issue with SB8, in part, because it would move up the deadline to file for candidacy to Nov. 1, and require campaigning and fundraising to occur in the winter.

Sen. Linda Chesterfield, D-Little Rock, said it could result in an unfair advantage to incumbents.

Sen. Joyce Elliott, D-Little Rock, also questioned whether an earlier primary date would increase Arkansas influence. With former Gov. Mike Huckabee seeking the Republican nomination and former Arkansas first-lady Hillary Rodham Clinton campaigning for the Democratic nomination, most other candidates would be reluctant to spend much time here, she suggested.

Stubblefield countered saying that other candidates would have a major incentive in campaigning in Arkansas in trying to knock off the state's presumptive favorites and said that neither of the Arkansas candidates would be a lock in the state.

After the failed vote, Stubblefield said he'd think about having the bill "pulled" from committee and considered in the full Senate.

Extracting a bill from a Senate committee requires a majority vote of the 35-member Senate.

The Senate comprises 24 Republicans and 11 Democrats.