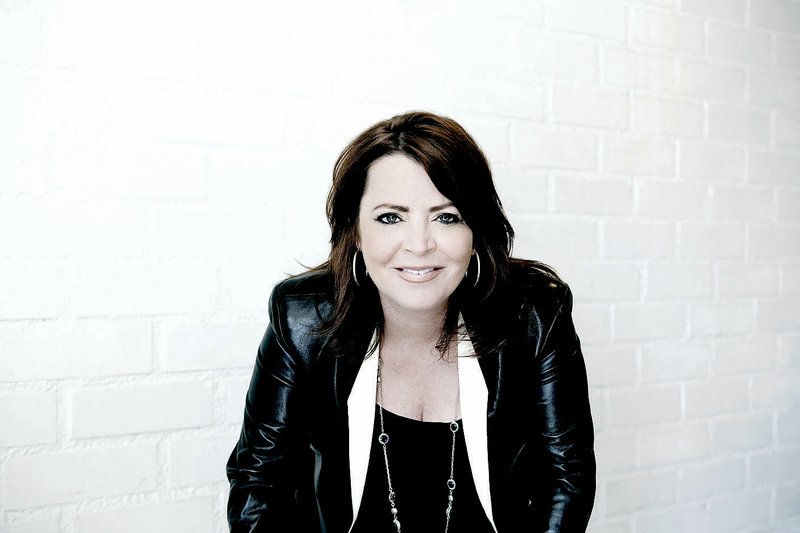 Courtesy Photo Comic Kathleen Madigan grew up in the Midwest but says comedy is universal. She&#8217;ll perform Saturday at the Walton Arts Center in Fayetteville.

It's hard to imagine a star who is more down to earth than comic Kathleen Madigan.

Maybe it's because she grew up one of seven children in an Irish Catholic family in suburban St. Louis.

Maybe it's because she tried "normal" things and failed. She jokes that in her two years at the University of Missouri at St. Louis, all she managed to do was accumulate $7,000 in campus parking tickets.

Maybe it's because she excelled at unexpected things, like winning the Mid-Missouri Hoops Shoot Championship in high school -- the shortest person ever to win the event at the time, standing just 5-foot-2.

Or maybe it's because she rolls comedy in with careers like flight attendant, nurse and journalist -- which is the degree she earned at Southern Illinois University at Edwardsville.

"I think it's the wanting to get up and go," she says. "Everything is totally different every day -- which relieves the boredom of work every day. What's fun about work? You just canceled out the idea.

"My brothers are engineers," Madigan adds. "I literally cannot do math or science -- and I'm not overstating my lack of ability."

Madigan says growing up in the Midwest, she didn't see many options for a career.

"I do like to find out about stuff. I can actually write a sentence. And I will run toward a fire," so reporting suited her. "Comedy wasn't a career decision. A lot of comedians will tell you that. It was sort of an accident. I was drinking at a bar that had open mic comedy. I thought it would be fun. And I'd had just about the right amount of beer that it seemed like a good idea."

But it wasn't until she had 30 weeks of guaranteed dates from The Funny Bone, a comedy club chain, that Madigan quit her jobs, one at the St. Louis-area Suburban Journals and the other in the publications department of the Missouri Athletic Club, and took to the road.

Since then, she's appeared on Last Comic Standing, on late-night TV shows with David Letterman, Conan O'Brien and Jay Leno, traveled to Iraq and Afghanistan to entertain U.S. troops and won the Funniest Female Stand-Up Comic at the American Comedy Awards. The Detroit Free Press and PopMatters.com featured Madigan as one of the "9 Funniest Women on the Planet" alongside Tina Fey and Amy Poehler. Lewis Black calls her "the funniest comic in America, bar none," and Ron White considers her "easily one of the best comics alive."

And, she points out, she's never had "a goal higher than the next level from where I'm at."

"I don't have a big picture," she says. "I don't have a long-term goal. It keeps you in the present. I think when you're looking at the big picture, you're missing all the stuff in between. And you may not get there -- then you didn't even have fun on the way! When I was an opener, I wanted to be a feature act. Then I wanted to be a headliner. It's step by step by step."

Madigan's comedy is as straight-forward as she is. She can find the humor in homeschooling, family dynamics, religion, relationships, money -- even the weather. Humor, she says, is universal.

"My first road week ever was in Philadelphia," she says, adding that she wondered if her Midwest sensibilities would translate. "Everybody is experiencing the exact same things in different accents. A redneck is the same dude. He just has a different accent."

Happily, Madigan says, her job allows her to laugh.

"I don't realize how much I laugh until I do a corporate event and meet these corporate people. They're very serious. Comedians be like 'you f'ing sucked last week and now we gotta fix this ****.' And we all speak to one another like that, and we end up laughing about it. They do not."

Madigan says she would argue that the value of comedy is undeniable.

"It's an escape from normal life for an hour or two. People's brains get overtired, overstressed. Entertainment is a great escape to help you reset."