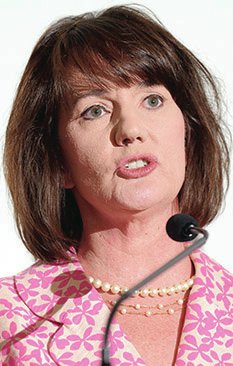 SPRINGDALE -- The Police Department has asked Circuit Judge Stacey Zimmerman to clarify whether it can release an audio recording of a 911 call involving the Jim Bob Duggar family, featured on the TLC cable show 19 Kids And Counting.

Susan Kendall of Rogers, attorney for the police in the Duggar case, said officials made the request in light of several orders purportedly entered by Zimmerman in a sealed juvenile case file involving a minor Duggar child.

Springdale police Thursday released a trove of documents requested by the Northwest Arkansas Democrat-Gazette under the Freedom of Information Act, but didn't include the May 27 audio recording. The recording was previously released to In Touch magazine and received extensive press coverage.

Police cited a court order by Zimmerman they say was never sent to the department in denying the recording to the paper.

The City of Springdale filed a motion Friday to intervene in the juvenile case along with a proposed pleading. The documents were filed under seal, at the behest of the court, and city officials declined to provide copies.

"I understand that the City of Springdale has moved to intervene into a juvenile court proceeding before Judge Zimmerman for guidance on FOIA requests issued by Doug Thompson of the Northwest Arkansas Democrat-Gazette," Brandon Cate, an attorney for the newspaper, said in a comment via email.

The Northwest Arkansas Democrat-Gazette sought to intervene on Friday as well.

"We're very mindful of the need to protect the identities of children who become involved in the juvenile court system. But the public also must have the ability to evaluate the performance of its government at all levels through the inspection of public records," said Rusty Turner, editor of the newspaper.

"When a juvenile court attempts to extend its veil of secrecy to other sectors of the government, the citizens' ability to evaluate how it operates is compromised. We want the opportunity to make that argument to the court."

The newspaper's motion was also filed under seal.

"We believe that the city must respond to the newspaper's FOIA requests, believe that Judge Zimmerman had no authority to order the Springdale Police Department to destroy public documents, and are anxious for our day in court on these important legal issues," Cate said.

Cate was referring to an earlier order in the case telling the department to destroy all copies of a 2006 police investigation on the family's oldest son, Josh Duggar.

Kendall said in an statement earlier this week police and city officials were "concerned with the potential effect or application of a supplemental court order."

Springdale didn't became aware of the supplemental order, purportedly issued Zimmerman, until a resident's complaint was filed, Kendall said. The complaint was received after the Police Department had given a copy of the 911 audio recording to the Englewood Cliffs, N.J., magazine, which then published the information.

The magazine's account of the recording says the 911 caller identified himself as a Washington County case worker for the state Department of Human Services. He was quoted as giving the Duggar's address and saying: "We have an investigation, and I guess they're not being cooperative. We have to see the child to make sure the child is all right. So we just need police assistance."

Requests by email and phone text to Jim Bob Duggar for comment weren't returned Wednesday. A state Department of Human Services spokesman said Wednesday she couldn't confirm any call or visit to the Duggars.

Reruns of the Duggars' show were suspended after reports surfaced May 19 that Josh Duggar, now 27, had fondled five girls in 2002 and 2003. Police investigated in 2006 after an anonymous tip.

Duggar was never charged, but acknowledged wrongdoing in a statement last month. His parents and two sisters who were victims later confirmed the acts in interviews with Fox News.

In Touch and the Northwest Arkansas Democrat-Gazette obtained copies May 20 through an FOIA request of a redacted 2006 Springdale police report confirming Duggar's acts.

Zimmerman responded by issuing a court order May 21 forbidding any further release of the police report.

Zimmerman also ordered the police report destroyed. Ernst Cate, Springdale City attorney and no relation to Brandon Cate, said he was notified via an email from an attorney with the Friday, Eldridge and Clark Law Firm on the afternoon of May 21 that Zimmerman had ordered the report destroyed. Ernest Cate said the city wasn't given notice of any court proceedings before that time.

What appear to be at least two more supplemental orders by Zimmerman further restricting the release of records concerning the Duggars came to light in a Springdale Civil Service Commission complaint filed by former Alderman Ray Dotson, dated June 3. Dotson asked the commission to look into whether laws were broken in the original release of the police report. The orders all had case J 2007-38 on them. That case is a sealed juvenile court file.

Kit Williams, Fayetteville's city attorney, said the parties to a case that is sealed would typically be notified of actions taken in that case or motions that are filed but, individuals or entities not parties to the case wouldn't necessarily be notified.

"I have reviewed Judge Zimmerman's May 21 order and her two supplemental orders," Brandon Cate said. "None of the Arkansas statutes cited in her orders provide the court with the authority to order the destruction of the police report."